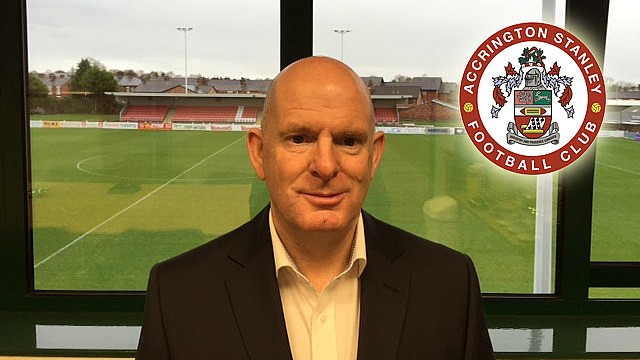 Accrington Stanley have appointed Dave Burgess to the executive staff at the club.

He is currently Chief Executive of the Lancashire Football Association, a job he’s been in for the past decade, and will take up his new role at the Wham Stadium from mid January 2016.

“Dave has a great experience within football and is a great person to come into the club,” said Stanley’s majority shareholder Andy Holt.

“He will be coming in to oversee every aspect of the club and will be a strong addition to our team. It’s another step towards making Accrington Stanley a more professional outfit on and off the pitch.”

Dave has a wealth of experience in the game, including time as manager and chairman of home town club Clitheroe FC before he started work at the County Ground 13 years ago.

He’s now looking forward to his next challenge with the Reds.

“A lot of thought has gone into this decision as I’ve had so many great years with the LFA but I’m really excited to be joining Accrington Stanley,” he said.

“This is a fantastic opportunity to come to a club on the up where Andy and the staff are looking to move things forward.

“I already know a lot of people at Stanley and can’t wait to start working with them on a day to day basis. Hopefully I can play some part in Accrington Stanley’s future success.”