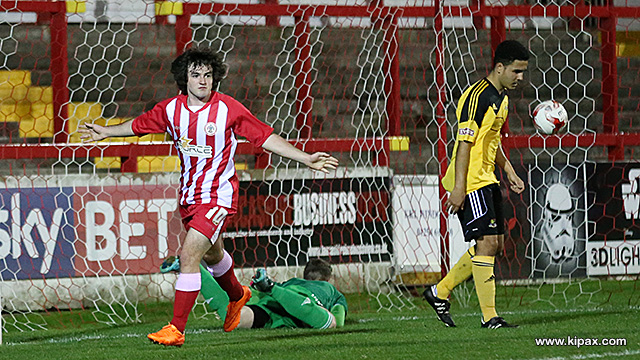 Academy Manager Paul Lodge wants Stanley’s youngsters to take a leaf out of the first team’s book ahead of tomorrow night’s FA Youth Cup second round tie against Fleetwood Town. 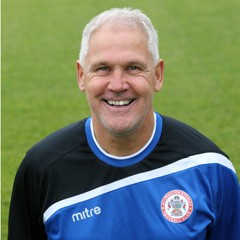 The young Reds take on their local rivals looking to win through to round three.

And Lodge wants his players to take confidence from being involved with a club sitting in a play-off place in League Two and with new investment off the pitch.

“John Coleman has always loved bringing young players through and I don’t see that changing any time soon. You only have to look at the average age of the first team to see that. I think we’re taking inspiration from that and a lot of other things at the club.

“The run the club had a couple of years ago was an unbelievable feat. There was a real interest in that, even where I live in Liverpool, and people were talking about how well the club had done. It’s just a fabulous competition.”

Stanley knocked out Basford United last week but Lodge feels they’ll have to raise their game to see off the Cod Army.

“I thought the lads handled the first game well,” he explained. “We knew about Basford and we had to give them respect because they’d beaten Halifax, a big club, and that meant they had to be taken seriously. We had to do our jobs and I thought by and large we did it well.

“Fleetwood are a different proposition. We played them recently in the league and although I thought we were far the better team in the first half they scored just before half time and I think anyone will tell you that knocks the stuffing out of you. We never quite recovered on the day.

“That first half has been as good as we’ve played in the league all season. Fleetwood are a strong side with some good young lads, they have a really good centre forward so to beat them we know we’ll have to play to our maximum. It’s as simple as that.

“It was great to see the stand with spectators in it last week. We usually see the same faces, predominantly the parents, but it’s been great to have the college texting me for tickets and new faces coming down. You can’t get away from the fact that the FA Youth Cup generates interest and I hope it goes a lot further. It’s great to see more people coming to the games.”

Stanley’s under 18’s play Fleetwood Town in the second round of the FA Youth Cup tomorrow (Tuesday 17th) evening at 7:30pm at the Wham Stadium. Admission is £3.