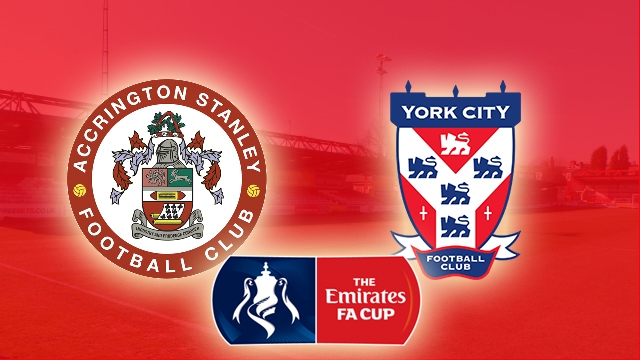 It’s FA Cup first round weekend with York City the visitors to the Wham Stadium.

The Minstermen are under new management and hoping to send Stanley out of the old competition, with the Reds keen to add a third successive victory after league wins over Dagenham & Leyton Orient.

York have been back in the Football League since 2012 when they beat Luton Town in the Conference play-off final.

They were League Two play-off semi-finalists in 2014 but were beaten by Fleetwood Town and have since been in the bottom half of the table.

They finished 18th last season and recently parted company with manager Russ Wilcox, with Jackie McNamara replacing him at the helm.

Former Celtic defender McNamara previously managed Partick Thistle and Dundee United and his task will be to lift York from the lower reaches of League Two.

McNamara arrived at Bootham Crescent with former Scotland team-mate Simon Donnelly, who is his assistant for a third time. 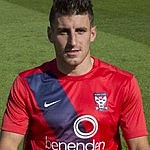 Skilful frontman Michael Coulson extended his City contract by a further two years in the summer of 2014.

Coulson arrived at City in 2012 after sealing a move from Grimsby Town. He has also played in the Championship with Barnsley after starting his career off with Scarborough, for a long time being Scarborough’s youngest ever goalscorer.

Coulson can play out wide or in the striking roles and had scored 16 goals for City prior to this season.

The Reds have won their last two games, against Dagenham and Leyton Orient, after losing two on the spin.

They sit fourth in League Two and only outside the automatic promotion places on goal difference.

York are currently 22nd in League Two and on a run of five games without a win since beating Doncaster in the JPT.

They’ve lost their last two matches, 1-0 at Crawley and 3-1 at home to AFC Wimbledon.

Defender Dean Winnard picked up his fifth booking of the season at Leyton Orient and is suspended for the game.

Liam Wakefield and Tom Davies both returned to the bench last weekend and could be in contention to come into the eleven.