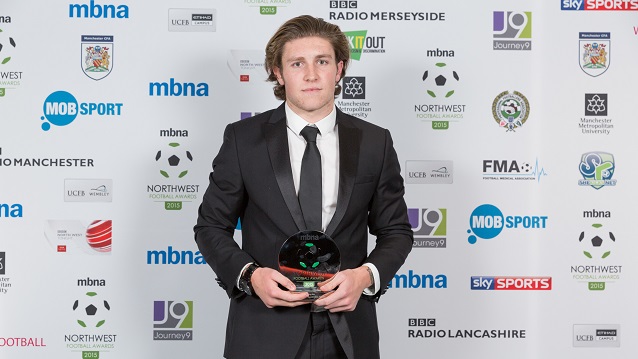 At a glittering ceremony at Lancashire Cricket Club, the 21-year-old beat off of Premier League and Championship opposition to clinch the award.

“It’s a big honour to be up with some great young players,” said the Stanley frontman, with the award given for 2014-5 performances.

“I have done alright for the last year so it’s great to be recognised.

“There are players from Manchester City and Manchester United plus high Championship clubs so to be among the nominations was brilliant but to win is even better.”

Windass admits his dad Dean has had an influence on my career.

“He has given me advice but I do everything myself and try to take care of myself. I do things my own way.

“It’s nice to recognised for this award but I’ve done nothing yet. I just want to push on now and be a better footballer.”