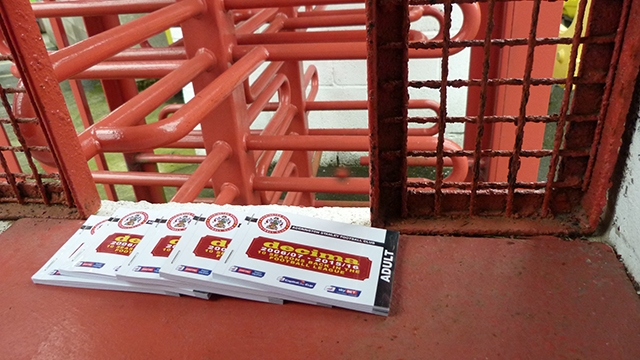 After the best start to a Football League season since the 1950’s, Accrington Stanley are offering football fans the chance to get on board with the Redvolution.

Half season tickets are now available, allowing you to come to all of the League Two home games from January to May 2016.

And as a special Christmas bonus, we’re throwing in the Boxing Day clash against Carlisle United for free! 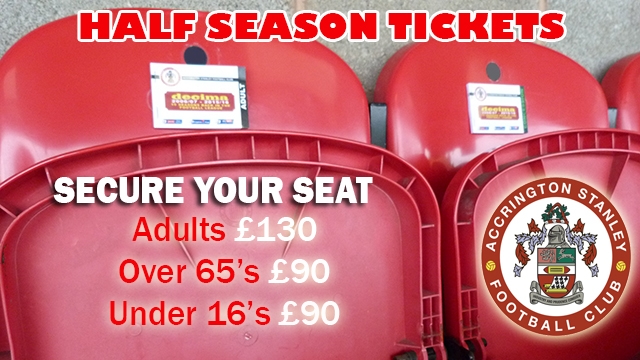 For £130 for adults and £90 for over 65’s and under 16’s you can be in position at the Wham Stadium for the run in to the 2015/16 season where John Coleman and his team hope to continue being involved at the top of the table.

From January 2016 admission prices will also be reduced.

“This comes as part of a strategic review of the business model at the club and illustrates our desire to reconnect with the our supporters and the wider community,” explained majority shareholder Andy Holt. “Not only is it great value on the pitch, it’s great value off it also!

“There is a really positive story unfolding here!”

From 1st January admission prices will be:

Under 12’s will be admitted FREE, as long as they are accompanied by a paying adult
(one U12 ticket per paying adult)