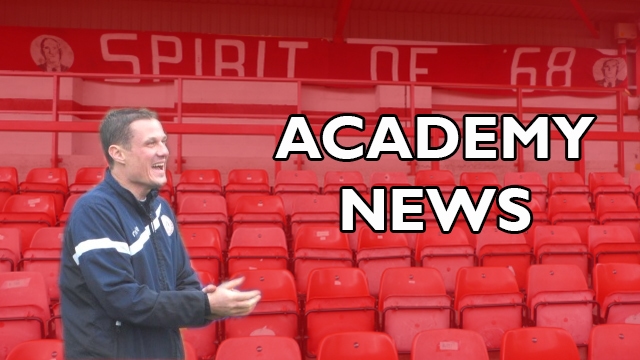 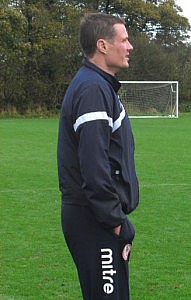 Stanley youth team coach Andres Oper says he is relishing life at the club and hopes his own glories can inspire those coming through the ranks at the Wham Stadium.

Oper is Estonia’s all-time leading goalscorer – notching 38 goals in 134 games – and, after a career spanning 19 years and six different countries, has been working alongside Stanley’s academy staff to guide what they hope will be their stars of the future.

“After my playing career, I moved to England because of my wife. I had a football school in Estonia, and we had contact – a co-working – with Bolton Wanderers.

“Dave Bailey and Dave Fitzgerald [now Stanley coaches themselves] were involved there and that’s how I got to know them and here I am.

“At the moment, what I’m doing, I’m very happy and I think it’s a good step, a good challenge. I like it, it’s very interesting for me and I’m very excited for the future.” 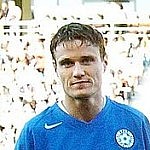 Oper admits coaching was not something he had considered until the back end of his career, when becoming captain of the club Nea Salamis in Cyprus. That opened his eyes to helping the next generation while management is also something that interests the 37-year-old.

“I can’t say I was thinking about coaching during my playing career; I was more focused on my football at the time so I didn’t do any coaching badges or licenses. I did these after my career.

“Then towards the end, it became a logical step. I was captain of my current club, I was playing for my country and I started thinking about younger players, trying to teach them what I know.

“Now I want to take things step by step first but I want to become a manager one day. I just don’t know where yet.”

Estonia’s third highest cap holder says his arrival in England could have happened much earlier. As a 20-year-old, Oper spent time at Arsenal as a trialist – “an amazing experience” – and then, in 2005, Sunderland were reportedly interested in securing his services.

“I don’t know why the Sunderland move did not go through. There are many thoughts behind it.

“It was close, because Mick McCarthy wanted me but suddenly it was the signing day and then something went wrong. The coach said he liked me, but there was some other things behind it which I don’t know of, exactly. I can only speculate.

“England is the one country where I think it would have suited me very well, so that’s a little regret from my career. But otherwise, all the way through I was happy – I played in Denmark, Russia, Holland, Cyprus and China.”

For now, Oper insists he is happy helping oversee Stanley’s academy in his role as Youth Development Lead Coach. The young Reds won 2-0 against their Burnley counterparts at Gawthorpe on Saturday, and are now brimming with confidence. It may be fair to suggest that the expertise of Estonia’s leading marksman has helped.