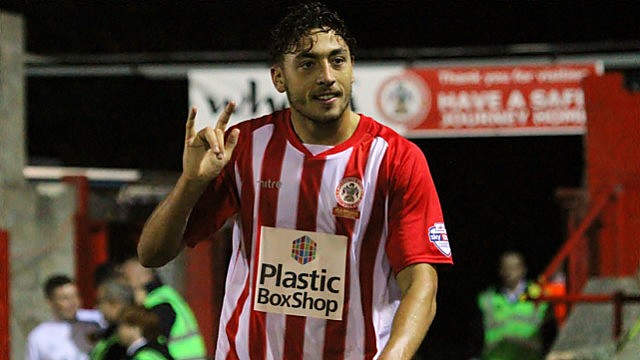 Matt Crooks hopes that former Stanley team mate and close friend Kal Naismith can have a good spell with tomorrow’s opponents Hartlepool United – after the game at the Wham Stadium.

Naismith is on loan with Pools from Portsmouth who he signed for in the summer bringing an end to his time with the Reds.

And the midfielder expects the Scot to come good after a 2014/15 that saw him suffer a bereavement and struggle to find his best form.

“Kal’s a great player, he’s got great ability. I’ve seen that many times in training and in games as well,” said Crooks. 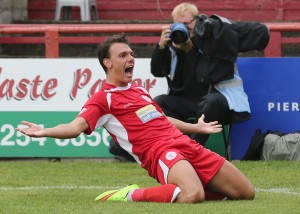 “He just needs a run of games to get going again, and when he does, which he’s doing now, I think he’ll show his true potential.

“There were signs of it in the Sky game against Leyton Orient with the pass he made and nice bits of play. He does have the quality and I’m sure he’ll show it, but hopefully not against us.

“I can’t wait to see him. I’ve been talking to him all week. He said not to go near him because he was going to nutmeg me so I’ll try to stay away from his part of the field, but hopefully we win.”

Crooks himself was on loan at Victoria Park last season before signing for the Reds, initially on loan and then permanently.

He was impressed with how Ronnie Moore’s side rallied to stay up at the end of the season and expects them to be a formidable opponent.

“They had a little spell at the end of last season,” he remembered. “They’re a good set of lads though and they did have quality, it just didn’t come through until right at the end.

“Kal’s got my 33 shirt there now. It will be good to see him and my mate Jake Carroll from Huddersfield who has signed for them.

“I’ve got a couple of old friends there but hopefully I’ll be able to get one over on them.”