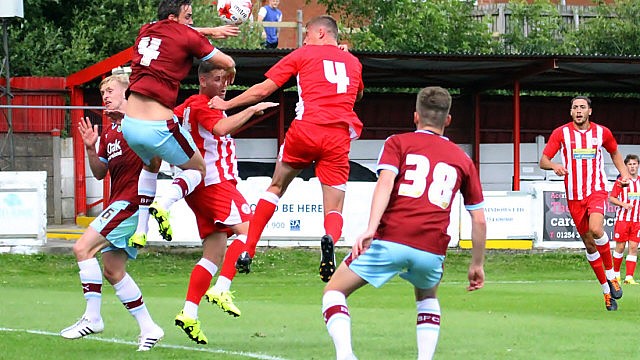 We can keep run going: Davies

Tom Davies is happy to be back – and glad people outside of Accrington are still underestimating Stanley.

Defender Davies has been out of action for six weeks with a knee injury but returned for the 3-2 win over York City in the FA Cup.

And now he is keen to keep the fourth placed Reds in the promotion picture.

“It feels like a long time, being out for six weeks, and the lads have done well in my absence but selfishly I am enjoying being back in the squad,” said Davies, who signed in the summer.

“I started the first 10 or 11 games and was enjoying my football and I have never been out longer than a week before with an injury so this was really annoying.

“It was especially frustrating as, at one time, there were only two defenders training on a Friday before a match but you can’t do anything about it.

“The gaffer has had to play with a makeshift back four for some matches and we are a young team but Matty (Pearson) has been an ever-present and played all over while Brad (Halliday) has come in and been unbelievable.

“Joe (Wright) has done well and Dean (Winnard) is the experienced head in defence. We always know we will score goals and my job is to keep them out and hopefully we can do that against Newport on Saturday.”

Davies has been impressed with how Stanley have started this season and feels they can last the pace.

“I have been watching the last six weeks and have seen how well the team is playing and hopefully more people will come and watch us because it is good football and it is entertaining,” said Davies.

“We know we have a team which is capable of beating anyone on our day and we know everyone is expecting us to blow up at some point but we know we have quality in the squad and we can keep it going.”