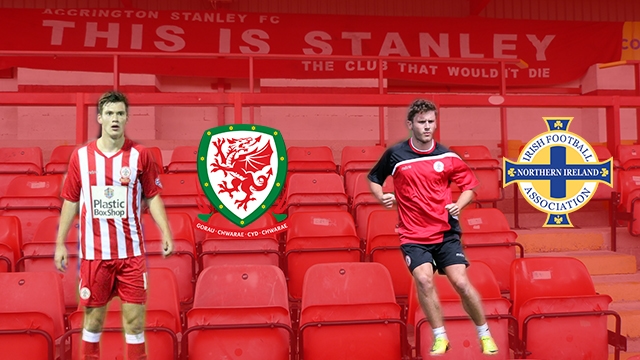 Two Stanley players have been called up for international duty with their respective countries.

Defender Joe Wright, who is on loan from Huddersfield Town, is in the Wales under 21’s squad for the European Championship qualifiers against Armenia on Friday 13th November & against Romania on Tuesday 17th November.

He made his Football League debut for the Reds earlier this season and has been a regular for his country’s under 21’s in recent months.

Meanwhile, Shay McCartan has been called up by Northern Ireland’s under 21’s.

He’s in the squad for their qualifiers in France on Thursday 12th November and at home to Ukraine on Tuesday 17th November.

Both players will miss the League Two game with Newport County as a result.