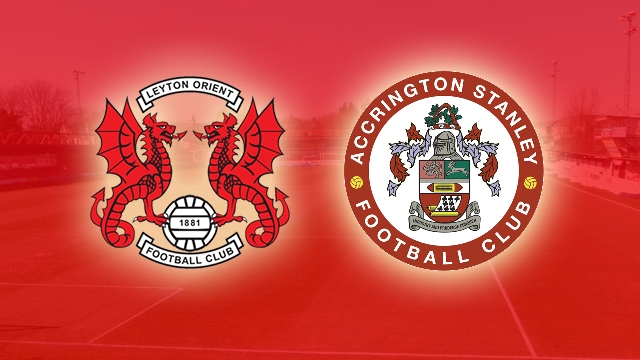 Stanley return to the road tomorrow as they make the trip to Leyton Orient.

It’s the first meeting between the teams as the Reds look to make it back to back wins in League Two and leapfrog their hosts. 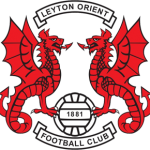 Leyton Orient are back in the fourth tier of the Football League for the first time since 2006 following relegation last season.

Four managers in the campaign showed their struggles as the London side slipped out of League One. 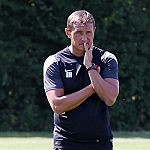 Ian Hendon was appointed as O’s Head Coach on May 28, signing a two-year deal. Hendon had previously been first-team coach at West Ham United during Sam Allardyce’s spell with the Hammers.

Hendon enjoyed a four-year spell as a player with the O’s and also skippered the side during that time. Hendon went on to play for Notts County, Northampton Town and Barnet, a team he managed for two seasons.

An 18-day  sspell as Dover Athletic boss followed, before linking up with Andy Hessenthaler at Gillingham. After joining the Hammers as development team coach in 2010, he was then promoted to first-team coach in December 2012. 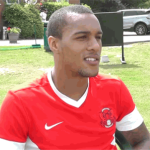 Having been with arsenal from the age of nine, Simpson made his first team debut as a substitute against Sheffield United in September 2008 and scored his first goals in an Arsenal shirt against Wigan Athletic two months later.

Despite making his break into the first team, Simpson was unable to establish himself in Arsene Wenger’s side and after loan spells at Millwall, West Bromwich Albion and QPR, the striker signed permanently for Hull City in 2010, which was followed by a spell playing in Thailand.

This season he already has eleven goals to his name, making him League Two’s top scorer.

The Reds returned to winning ways last weekend, providing the response the manager had asked for to beat Dagenham & Redbridge 3-1.

They’ve lost three of their last five games but have only been defeated away from home once since mid-August.

They sit seventh in League Two ahead of the game.

The O’s won for the first time in four games against Morecambe last weekend but have only lost one of their five matches this month.

Hendon’s men have only lost once at home so far this season.

They are sixth in the table, a point better off than Stanley and a point from the automatic places.

Adam Buxton has been ruled out for three to four weeks with a hip flexor problem picked up against Dagenham and Gerardo Bruna is also ruled out by injury.

There is good news on the defensive front though, with Liam Wakefield now fit to return and Dean Winnard recovered from illness.

Centre back Tom Davies has returned to training and could be in contention. 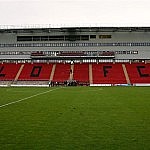 Orient have played at Brisbane Road, now known as the Matchroom Stadium, since 1937.

After much redevelopment in recent years the capacity is now 9271