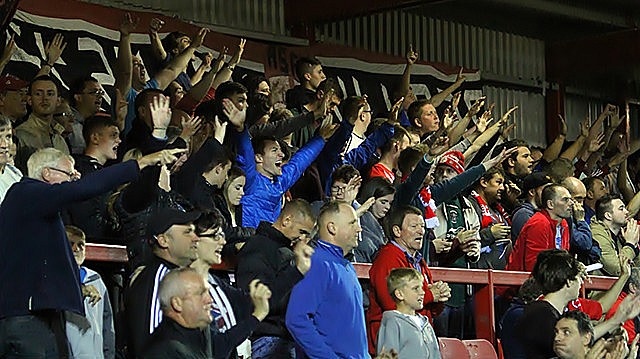 John Coleman is hoping that as many people as possible come down to watch what he believes is his best Stanley team in action this week, starting tomorrow against AFC Wimbledon. 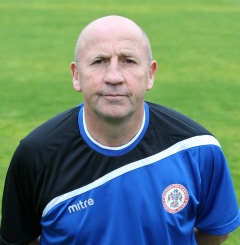 The Reds host the Dons looking to return to winning ways after a weekend defeat to Plymouth and ahead of another home game with Dagenham and Redbridge this Saturday.

And the manager, who has guided the club to three promotions in his time, wants supporters to see for themselves how well his current crop are playing.

“We continue to have great support here but in terms of numbers probably not as big as they have been in years gone by,” he said. “There are so many people who are missing out on such a great team here at the moment.

“It’s hard for me to translate this to the general public of Accrington, but the ones who used to come, this is miles better than anything you saw in the past so don’t miss out. It would be a shame for you to miss out because, as I say, I’d gladly pay the entrance fee at the moment.

“We’ve had some great teams here and I don’t want to disrespect the players who played for me in the past but it’s just uncanny the way this team has grown together.

“They’re bouncing off each other and they’re playing really great football. I firmly believe this is the strongest one we’ve had.”

The Reds host a Wimbledon side looking to bounce back from a heavy home defeat to Morecambe on Saturday.

Coleman expects his opposite number Neal Ardley to see a reaction.

“It’s going to be a difficult game,” he reasoned. “They had a heavy defeat on Saturday and they’re going to be coming here looking for a response.

“We’re coming into the game knowing we’re playing well and looking to maybe just fine-tune a couple of things that can maybe get those good performances into points.” 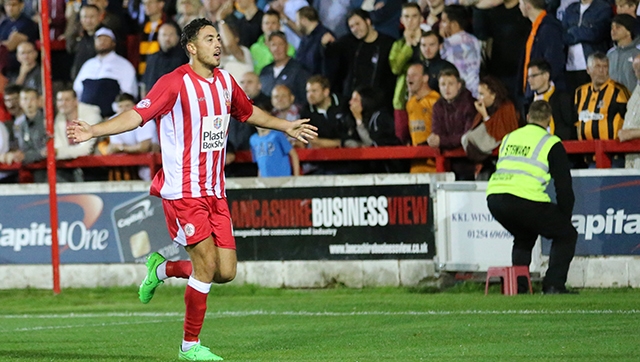 Coleman will definitely have to do without the suspended Matt Crooks and could also be missing a number of regulars through injury.

“Crooksy will be a big miss because he’s been absolutely magnificent this season,” explained the manager. “He was breathtaking on Saturday.