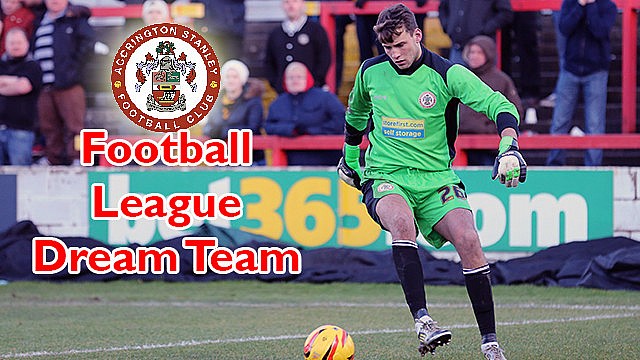 When Marcus Bettinelli first pulled on an Accrington Stanley shirt for a Capital One Cup tie with Cardiff he was an unknown quantity for virtually everyone.

A year later he was wearing another shirt for the first time, that of England, after being called up to the under 21’s.

It’s been quite a journey for the 23-year-old, who doesn’t think the value of his first team experience with the Reds can ever be underestimated.

“I don’t think I would have ever pulled that England shirt on without Accrington,” said the Fulham man, who is currently recovering from a serious knee injury. “I can’t stress enough to the young goalies here at Fulham how important it is for them to go on loan and put themselves in those uncomfortable situations.

“It’s tough; you don’t know any of the lads and if you’ve come from a top flight club there’s a bit of a point to prove to the lads. It’s important to fit in in the changing room, to fit in on the pitch and create a bond. It’s about maturing and growing up and that’s what I needed.

“I’m forever grateful to Beatts (former Stanley boss James Beattie) and the club for taking the chance on me. I’d never played in the league, I’d only played in the league below for Dartford and it was a gamble especially with the position that Accrington were in when I joined.” 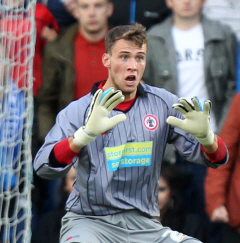 The Reds lost that tie against Cardiff valiantly and were rooted to the foot of League Two when Bettinelli arrived. He left with the Young Player of the Year award under his arm and the club’s Football League status secure for another season.

“I loved that year so much,” he recalled. “Playing games, living up there and with the lads I was living with and the season that we had. It was such a good season. From where the club was to what we ended up doing with the odds stacked against us. It was such a good year.

“I met some incredible people and worked with some great players on and off the pitch and I often think back to that time.

“It’s a special club. When you consider the funds and the fans, the stadium and where it is in the country, there are not many clubs like it. It makes it all the better always being the underdogs. What we did that season was pretty special but nobody realised how special it was at the time.

“I’m still close with a few of the lads, obviously Kal (Naismith) has moved but I’m still mates with a lot of the other lads and speak to Beatts every now and again so sometimes it feels like I’m still on loan there!”

Bettinelli returned to Craven Cottage and swiftly became Fulham’s first choice keeper, thrusting him into the spotlight and the squad for the European under 21’s Championships.

With his reputation growing he was soon linked with some of the Premier League’s top sides, making this summer a new experience.

“It was quite a weird position to find myself in,” he admitted. “I went away with the under 21s in the summer which was a good experience and by the start of the season I was in good shape mentally and physically and it’s just a shame that after I signed a new deal it all went wrong. That’s life and things like this happen in football. I’ve been lucky to have three great years playing regularly for Dartford, Accrington and Fulham and not missed games. Now I have to bide my time, work in the gym and get back fit.

“I’m still only 23. It is amazing what I’ve done in the last year but for me it’s only a small thing. I want to keep going and keep impressing and try to get more amazing things into my career. If someone had said to me I’d have the year I had after leaving Accrington I wouldn’t have believed them but it happened.

“Now my focus is just getting back fit, getting back into the Fulham team and trying to achieve all the things that I want to in my career.” 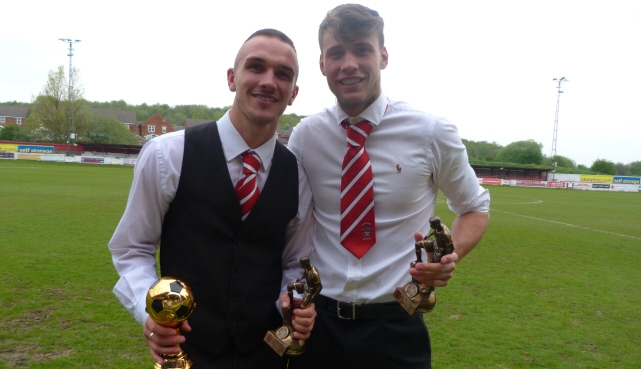 And as if international recognition and Premier League interest wasn’t enough of a compliment, Marcus Bettinelli is the man Stanley supporters chose to be the goalkeeper in their Football League Dream Team…

“I’ve followed it over Twitter and seeing the team and it is an honour to be put into it,” he explained. “It’s amazing to think that I was only there for a short space of time but I’m glad that I made an impact and people remember me on and off the pitch. Hopefully they remember me as a top goalkeeper and a top guy! I wouldn’t ever want anyone to think otherwise.

“I wish the lads all the best this season. I obviously don’t know the coaching staff but I know a lot of the lads on the pitch. I always look out for the scores and they are the goals I look for on the Football League highlights programme.”