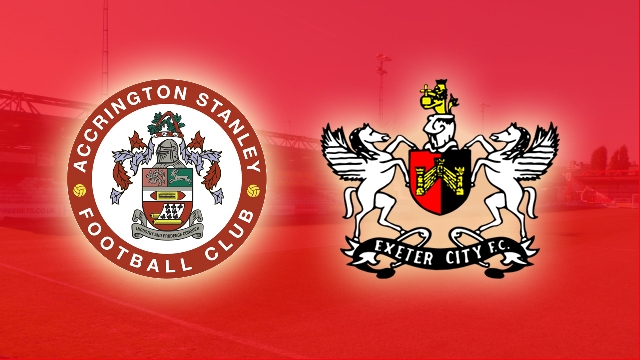 After two successive away trips the Reds return home to the Wham Stadium to host Exeter City.

John Coleman will look to mark a year back in charge of the club with a win and continue good form that saw his side take four points from six available in the last two games. 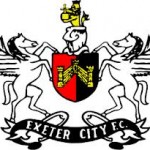 Exeter City are in their fourth successive season in League Two following relegation from the third tier in 2012.

They’d been members of the Football League from 1920 to 2003 before being relegated to the Conference but secured back to back promotions in 2009 and 2010.

The Grecians were play-off contenders last season with their challenge just faltering in the final few weeks. They ultimately finished in tenth spot. 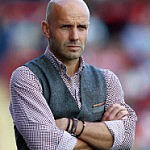 Tisdale is in his 10th campaign as Exeter City boss, making him the longest-serving manager in the Football League.

He succeeded Alex Inglethorpe as manager in 2006 after leaving Team Bath. He took the Grecians from the Conference to League One but, due to budgetary constraints, has had to be shrewd in the transfer market.

Since he took over at City, the club has had one of the highest percentages of its Academy youngsters playing in its first team in the Football League, with the likes of Matt Grimes (who was sold for a record fee to Swansea in January), Tom Nichols, Jordan Moore-Taylor and Jordan Tillson all regularly representing the first team in recent years. 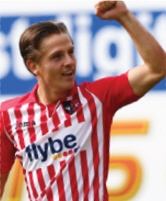 Striker Tom Nichols is an Academy graduate who made his debut for City at the age of just 17, just weeks after signing a professional deal at the end of the 2010/11 season.

He joined the Grecians in the under-11 age group and went on to score his first senior goal against Chesterfield the day before his 18th birthday, contributing to a 2-1 win at the beginning of the 2011/12 season.

He scored a brace against Stanley in the 2013/14 season in the 3-2 win at Accrington and this season has so far scored three goals, including a double against pacesetters Leyton Orient.

Stanley come into the game on the back of a first away win of the season at Bristol Rovers.

Coleman’s team are unbeaten in five league games, with the only recent defeat in the Johnstone’s Paint Trophy to Bury, and they have kept clean sheets in their last two outings.

They triumphed over Portsmouth in the JPT and Leyton Orient and Hartlepool in the league, scoring seven goals and conceding none in the process.

John Coleman has no new injury concerns, with defender Joe Wright likely to be back in contention after a knee problem within a week or so.

The manager has admitted that the performances of subs in recent games is giving him a selection headache, with Shay McCartan poised to make a first start of the season if given the nod.

After Piero Mingoia made his 100th Stanley appearance last weekend there could be another centurion come full time with wide man Sean McConville currently poised on 99.

All supporters will receive a voucher for a £5 discount on the next home game against Yeovil Town.