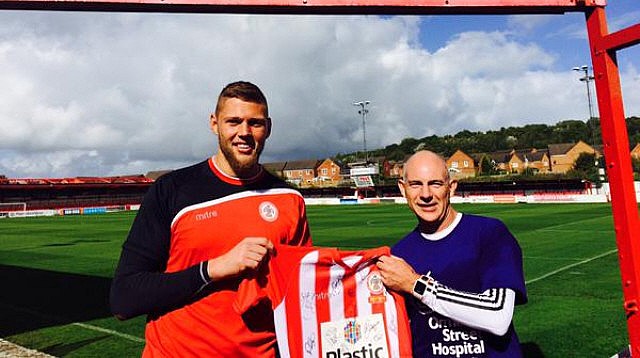 Accrington Stanley had a special visitor yesterday as Russell Winfield dropped in on his tour of all 92 Football League and Premier League clubs.

Such challenges aren’t that unusual, except that Russell is RUNNING between them.

This works out at 79 marathons in 79 days with a short 13 mile(!) run on the final day. He arrived at the Wham Stadium between Blackburn and Burnley.

“It was fantastic,” he said before hitting the road again. “The sun came out and we met a few people who all wanted a chat. When you come to a club and they engage with you it gives you a bit of a buzz. That’ll enhance the next few miles of my run! It’s been brilliant.” 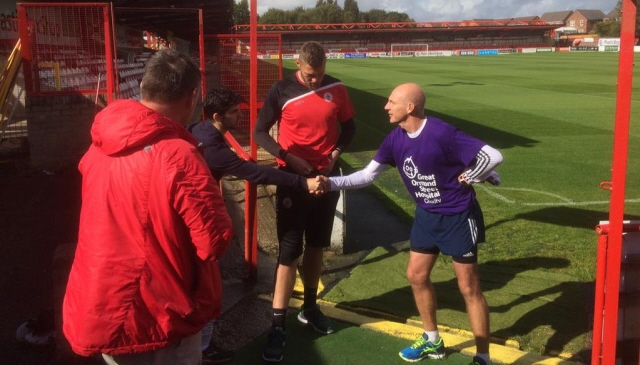 Russell is raising money for MacMillan Cancer Support and Great Ormond Street hospital, two causes very close to his heart. He lost a number of family members in a short period and was helped through that time by MacMillan before his grandson was diagnosed with a rare heart defect and treated at Great Ormond Street.

He’s hoping to complete his odyssey in time to see his grandson celebrate his third birthday.

Before he left, the club donated a signed Stanley shirt to be auctioned for charity and Russell met a number of the first team players who opted against joining him for a post training jog!

More information is available here on Facebook and if you’d like to donate you can visit Just Giving by clicking here.