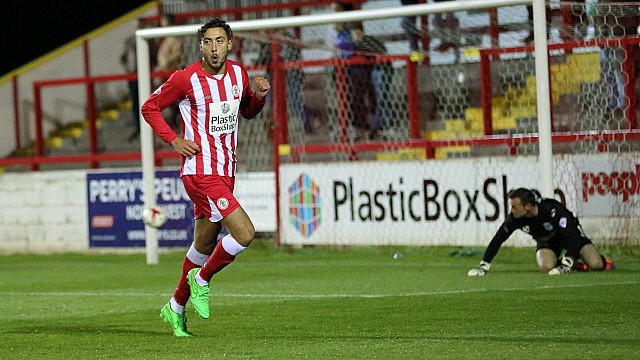 Crooks: “winner for the fans”

Matt Crooks admitted that his winning goal against Yeovil brought him a mixture of joy and relief.

The midfielder smashed in his fourth goal of the season to beat the Glovers at the Wham Stadium and chalk up a fourth successive win.

It was all a far cry from his last appearance against the Somerset side when he had a night to forget as Stanley lost an FA Cup replay at Huish Park after he had missed a crucial chance. 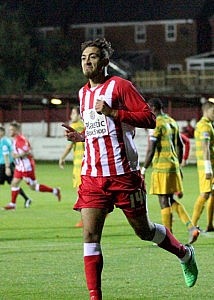 “It sounds really clichéd and ridiculous but that was for the supporters and the club in general,” said the 21-year-old. “It’s a team game but I thought that I owed them a lot myself, especially against Yeovil after what happened last year, so it was nice to do that.

“Billy Kee just seems to be assisting me all the time at the minute. He’s good to play off and very similar to Terry Gornell in the way that he plays. He just rolled it perfectly to me and I just thought ‘I’m going to hit it’ and it went in!

“I knew it would go in when I’d hit it. I just had a quick look and pretty much knew that it was going in.”

The Reds led early on through a sixth of the season from Josh Windass but Josh Sheehan levelled things up for the visitors before the break.

Crooks feels it was just crucial that John Coleman’s men responded and took the three points.

“I think 2-1 flattered Yeovil a little bit,” he explained. “We could’ve scored more than the one we did in the first half and the goal they scored was scrappy from our point of view. I should’ve been tight to the man. It was a good team performance in general and we got the win that we needed.

“The fans were unbelievable. The gaffer said it in the dressing room after the game that if we keep winning and playing like that we’ll get this sort of support. Even last year they really got behind us but you can tell the difference now we’re consistently picking up points, more people are coming and it’s good to see.”