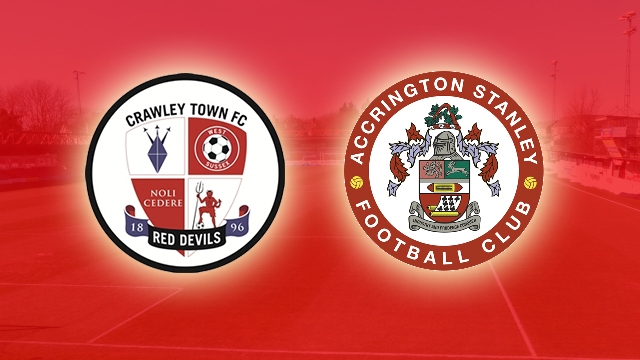 The Reds will be looking to bring home all three points and pick up a third consecutive victory in the process.

Crawley Town are back in League Two following relegation from League One last season.

They became a Football League club back in 2011 when they won the Conference title and followed that up with a second successive promotion in 2012.

However, a final day defeat last season sent the Red Devils down and now the aim will be to climb back into the third tier as soon as possible. 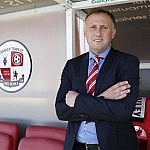 He was part of the Birmingham City side that won the 1991 Leyland DAF (now Johnstone’s Paint) Trophy final at Wembley and played a key role as Cheltenham captain in securing promotion to the Football League and promotion to League One in 2002.

He began his coaching career assisting Steve Cotterill at Burnley before taking his first management job at Kidderminster Harriers.

In his first season he led Harriers to the FA Trophy final against Stevenage Borough before returning to Cheltenham as Manager. In successive seasons, 2012 and 2013, he guided Cheltenham to the League Two play-offs and at the time of his departure from Whaddon Road last November he was the third longest serving manager in English football. 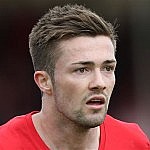 After a successful loan spell in 2014, Welshman Gwion agreed a permanent two-year deal for an undisclosed fee from Swansea City in July 2014.

Originally with the Aberystwyth Town academy, he made a switch to Swansea in 2007 and turned pro four years later.

He was called into the Welsh senior squad in October 2014 for the Euro 2016 qualifiers against Bosnia and Cyprus, and was an unused substitute for both games

He’s scored three goals from midfield so far this season

Stanley’s JPT loss to Bury is their only one in seven matches, with John Coleman’s side having won their last two.

They head south unbeaten in three away games and having triumphed 1-0 on the last trip, to Bristol Rovers.

The Red Devils have lost their last three, away to Notts County and Mansfield and at home to Yeovil.

John Coleman has kept his cards close to his chest on injuries ahead of the trip but has been monitoring the fitness of a number of players with minor knocks.

Joe Wright has been stepping up his return from a knee problem picked up on international duty and may be involved. 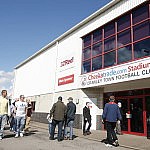 The Broadfield Stadium, now known as the Checkatrade Stadium, was built in the late 1990s after Crawley had moved out of their old Town Mead ground.

Since their promotion into the Football League the ground has been revampled, with expansion taking the capacity beyond 5000.