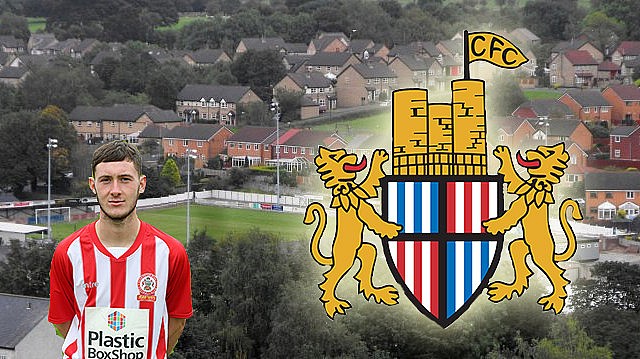 The midfielder will stay with the Evo Stik First Division North outfit until the end of next month.

“It’s a big chance to get some minutes under my belt and get some first team football,” said the youth team product. “It’ll be playing against men and a bit of a change of scenery going out to a different club too.

“Being a pro has been a big change from youth team football. It’s physically harder and mentally as well. It’s obviously a better standard and I’m really enjoying it.

“I’ve seen lads go out on loan, Max (Hazeldine) to Stockport this season who has been playing well, Liam Goulding went to a similar level club last season and did well and Marcus Carver too, and come back better players. Hopefully I can do the same.

“I’m straight into a game against the top of the league. I want to go straight in, prove myself and help Clitheroe to beat them.”

“This is a great opportunity for Kealan,” added Stanley boss John Coleman. “He got his pro contract in the summer and this is another important step in his development.”