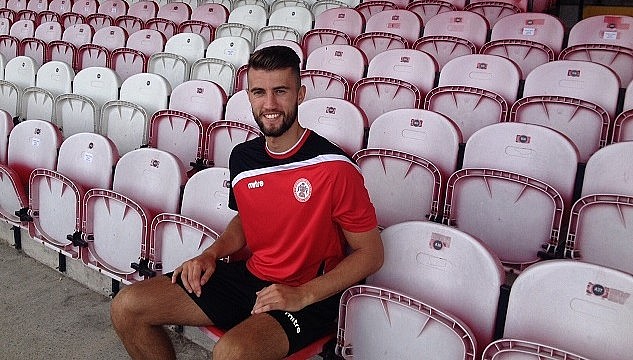 Accrington Stanley have signed defender Liam Wakefield until January and he will go straight into the squad for tomorrow’s League Two opener against Luton.

Wakefield, 21, has been at Doncaster since he was 12 experiencing both the highs of promotion to the Championship and lows of relegation back into League One.

He was offered a deal at Rovers in the summer but wanted regular first team football and came to Stanley, playing against Rochdale and Blackpool in the pre-season friendlies.

“It was good to go straight into games although it was hard as I didn’t know anyone’s name!” said right back Wakefield.

Wakefield, at 6ft 2in,adds more height to the Stanley backline and also expects to chip in with goals.

“I scored two goals in the cups in 10 appearances for Doncaster so I hope, like the rest of the defence, that we can score a few from corners and free kicks.