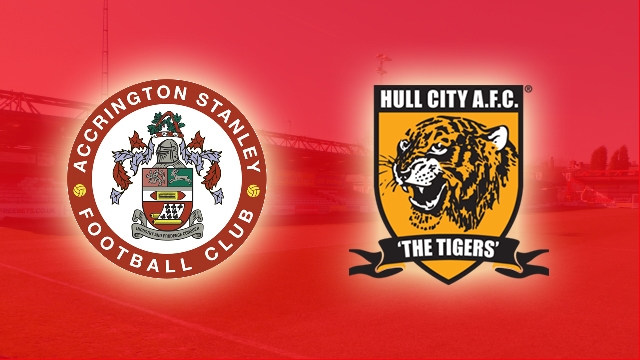 The Reds will be underdogs for the game at the Wham Stadium, with the visitors just relegated from the Premier League.

But John Coleman’s side will be looking to spring a surprise and add the Tigers to a list of higher division sides beaten in the last decade that includes Nottingham Forest, Doncaster and Middlesbrough.

Hull began life back in the Championship at the weekend after slipping out of the Premier League.

The Tigers, under the leadership of Steve Bruce, spent two seasons in England’s top flight before being relegated on the last day of the 2014/15 campaign.

Bruce’s side will be keen to get off to a good start as they seek to bounce back to the Premier League, and will pose a tough test for Stanley. 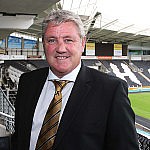 Now in his fourth season with the Tigers, Steve Bruce is arguably the most successful and popular manager in the club’s history.

Taking over in the summer of 2012, Bruce guided his new side to automatic promotion to the Premier League in his first season at the KC Stadium.

A vastly experienced manager having previously taken charge of Sheffield United, Huddersfield Town, Wigan Athletic, Crystal Palace, Birmingham City and Sunderland, Bruce went even better in the 2013/14 as he led the Tigers to survival in the top flight and their first ever appearance in an FA Cup Final.

Although 2014/15 didn’t work out as planned, ending in relegation back to the Championship after a last day draw with Manchester United, Bruce is busy reshaping his squad for a promotion push this time around. 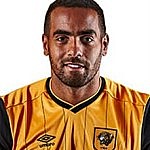 Tom’s professional career began at Derby County before moving to Spurs. He spent time on loan at Wolves before establishing himself as a key figure in the Tottenham midfield with a first England appearance coming in 2009.

A move to Hull City offered a fresh start, and his debut for the club came against Chelsea on the opening weekend of the 2013/14 campaign.

The Reds were within moments of an opening day victory against Luton but ultimately had to settle for a point.

Jonathan Smith’s stoppage time leveller cancelled out a Josh Windass penalty as the game at the Wham Stadium finished 1-1.

Hull picked up three points from their opening Championship game against Huddersfield.

They were 2-0 winners with Sam Clucas and Chuka Akpom netting the goals at the KC Stadium.

Full back Liam Wakefield is now available for selection after a last minute hitch prevented him being in the squad on Saturday.

John Coleman must decide whether to change his team or stick with the side that drew with Luton. The likes of summer signing Adam Morgan wait in the wings.

Andy Procter was a sub at the weekend as he steps up his rehabilitation from a broken ankle but Shay McCartan is out after breaking his wrist in training on Friday.