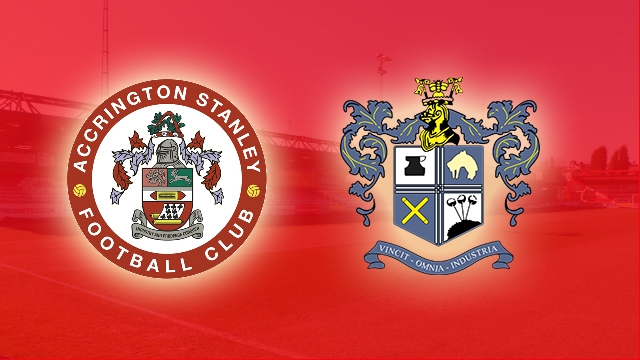 Stanley’s campaign in the Johnstone’s Paint Trophy begins at home with a game against League One side Bury.

The Shakers make the short trip to the Wham Stadium for the first round tie with both sides looking to make it into the draw for round two.

Bury are beginning life in League One after winning automatic promotion last season with a third placed finish in League Two.

Having achieved that goal, the challenge is now to establish themselves back in the third tier.

The Shakers won both games against Stanley last season and will look to continue their good record in this fixture. 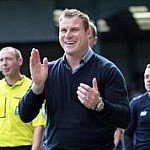 Dave Flitcroft took over as manager of Bury in December 2013 and guided them into League One last season.

He teamed up with Keith Hill in 2006/7 to become the management team at Rochdale and the pair, after guiding Dale into League One, moved onto Championship Barnsley in 2011.

While Hill left Oakhill, Flitcroft became caretaker and then manager of Barnsley, securing the club’s Championship status for the 2013/14 season. He switched to Gigg Lane and they enjoyed automatic promotion last season. 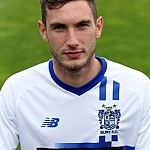 Danny Mayor was voted the Sky Bet League Two Player of the Year by his peers last season.

A product of the Preston youth system, Mayor made more than 70 appearances for North End. He signed for Sheffield Wednesday, going to Southend for a spell and then Bury for a season-long loan in 2013/14.

Mayor then signed a permanent deal at Gigg Lane, his eight goals helping them to promotion last season and already has three goals in the first six games of this campaign.

Stanley are unbeaten in three games, though John Coleman’s side have only won once so far this season.

They’ll be looking to build on the positive aspects of successive draws against Notts County and Northampton and eradicate the errors to make it through to round two.

Bury are without a League One win this season and drew at home to Oldham at the weekend.

They did taste victory in round one of the Capital One Cup, winning at Wigan before bowing out at the hands of Leicester City last week.

Stanley have a couple of injury concerns following the Northampton game but will assess the casualties closer to kick off.

John Coleman has hinted he’s prepared to make a few alterations to his side, so a number of players not in the starting eleven in recent weeks could come into contention.

Midfielder Andy Procter came through a behind closed doors game with Blackburn last week and could feature against his former club but Shay McCartan and Joe Wright are both away on international duty.