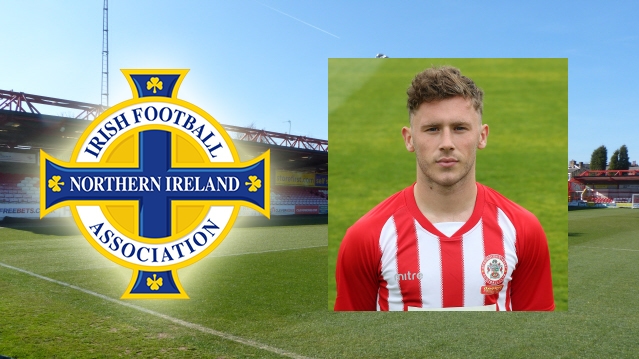 Shay: call up a boost

Shay McCartan feels a call up to the Northern Ireland under 21’s squad is a welcome lift after a difficult start to the season.

The 21-year-old will join his international team mates for European Championship qualifiers against Scotland and Iceland at the start of next month.

He’s missed the opening fortnight of the new campaign with a broken wrist sustained in training but is now returning to training and looking to make up for lost time.

“It’s a real boost,” he explained. “Hopefully I’ll get a bit of game time there. It’s obviously a huge honour to get called up for your country and hopefully we can go away and get a couple of wins.

“I want to try to get as many minutes under my belt as I can. Getting games helps so much, it sharpens you up and you learn a lot. You can play all the behind closed doors games and friendlies that you want but until you go out in a competitive game you’re not really playing. There’s no better feeling.

“The wrist is fine now. I went to the hospital last Thursday and got an x ray then had to have an MRI on the Friday and then got the all clear basically. Hopefully I can be back playing sooner rather than later.

“For it to happen the day before the start of the season was the worst possible timing and I was gutted but I was lucky it was just my wrist and a lot worse things could have happened and have happened to other people.

“I can train and play now and it’s only been ten days or two weeks or something like that so I’m happy enough.”