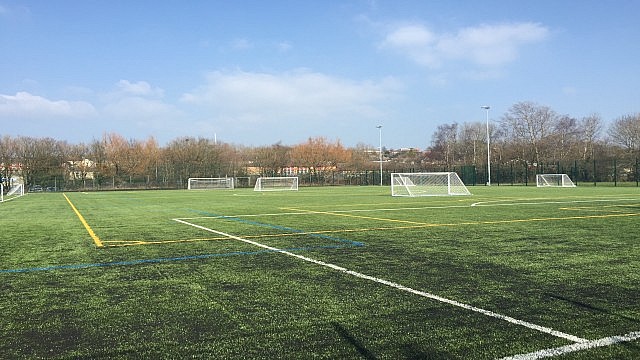 24 teams compete in each of the Monday and Wednesday divisions. To enter a team please click the following link:

The Stanley Soccer League is a professionally managed small sided league which was set up in Accrington in 2011. The ultimate test for your 7 a-side team is to join one of our leagues. The new Wednesday league will be in addition to our current Monday evening league which is run from Accrington Academy.

Amazing League Structure – Our open age leagues feature promotion and relegation to and from the Premier League and Championship Division. We also run an age specific Veterans league.

3G Pitch Surface – The matches take place on a state of the art 3rd generation pitch as used by some of Europe’s top clubs.

Referees – We provide referees for all matches and monitor them throughout the season which helps us achieve better standards of officiating.

Less hassle for Captains –Your fixtures and game times for the full season along with results and league table are all online.

The Stanley Soccer League was launched in September 2011 by Accrington Stanley Community Trust. The aim of the league is to increase participation in football with adults on a weekly basis. The Stanley Soccer League sees all matches played on state of the art 3G field turf. Matches are played across a third of a pitch with 7 a-side goals at either end. Referees and a league co-ordinator are provided to ensure we offer a great service to our teams. Prizes are fantastic and see your full team invited to an Accrington Stanley match and presented with a trophy at half time in front of thousands of supporters. There are also prizes throughout the year from our league sponsors.