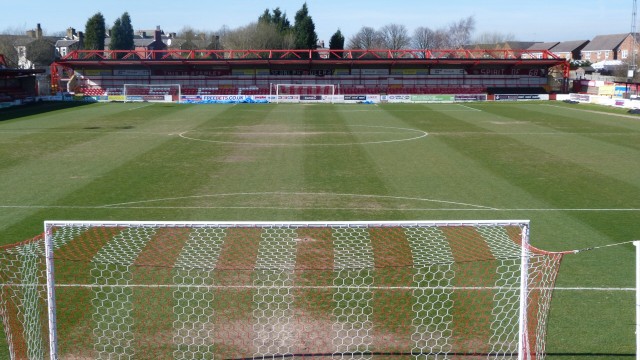 Stanley host League One Blackpool this evening in the final friendly before the Football League season begins a week tomorrow.

The game is part of the deal which took former Reds defender Tom Aldred to Bloomfield Road last season.

Manager John Coleman has been pleased with preparations so far but knows that the Seasiders will be out to end their unbeaten run of six pre-season games.

“We know this will be another test for us,” he said. “They’ll have a strong side out and it will be a difficult game which will give us another good yardstick of where we are.

“We have to try to keep our momentum going. We’re looking to implement a style of football and we’ve been working on how we want to play, training is always geared towards that so hopefully the lads are taking more and more on board.

“I’ve spoken to Neil (McDonald) and he’s looking forward to the game. I wish him all the best for the season, after Friday, and hope the game passes without incident.

“Every penny makes a difference and with all the money coming to Accrington it can make a big difference. It’s the pre-season games that can give us the boost we need at a time when we struggle for money.”

Kick off at the Store First Stadium is 7:45pm this evening, supporters can pay at the turnstiles and admission prices are £10 for adults and £5 for all concessions.