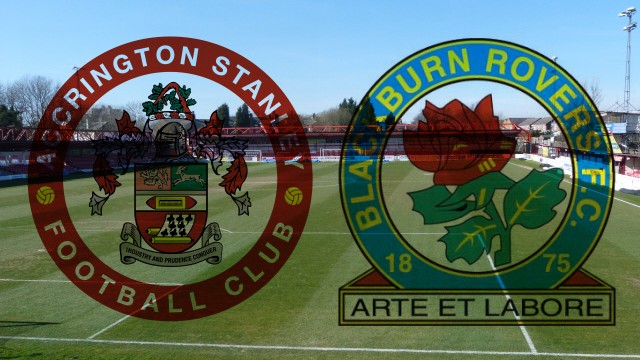 Football returns to the Store First Stadium after the summer break tomorrow – and Stanley manager John Coleman wants his new look side to make an early impression.

The Reds host Championship neighbours Blackburn Rovers in the first of four friendlies against local sides.

And despite the early stage of pre-season and the calibre of opposition making the short trip down the M65, Coleman is keen to chalk up an early victory.

“People say pre-season is all about fitness and preparation and a lot of that is true but unless you want to win every game you play then I don’t think you should be involved in football,” he explained. “I still want to win, even in friendlies. 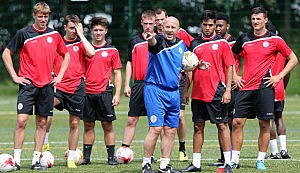 “Obviously everyone likes playing in front of good crowds and testing themselves against good opposition. We can’t govern the side that Blackburn play but we can affect the way we approach the game and the way we play.”

A number of new faces could make their bow in Stanley colours including two goalkeepers in Jason Mooney and Ross Etheridge and recent loan signing Joe Wright.

The manager hopes that players new and more established can gel quickly.

“Playing well breeds confidence,” he continued. “Having a good pre-season isn’t always an indicator of having a good season, when we won the Conference we had a dreadful pre-season, but you have to get into good habits and winning is certainly a good habit.

“I think we’ll probably play two different elevens. That will still mean two strong sides. As we go through the next four weeks we’ll look at building it up and getting 90 minutes into players.”

Rovers are preparing for their campaign in the second tier following a summer that has seen them restricted in the transfer market meaning that manager Gary Bowyer may also take a look at a number of players aiming to earn contracts with the club.

Coleman is a fan of his opposite number’s work.

“Gary’s done a smashing job,” he said. “He’s shown himself to be an adept manager but I can’t feel too much sympathy with him having to deal with loan players and free transfers – that’s the blueprint for us!”

Kick off at the Store First Stadium is 3pm tomorrow, it’s a pay on the gate fixture and admission prices are: Adults £15; Concessions and Students £10 ; U17’s £5