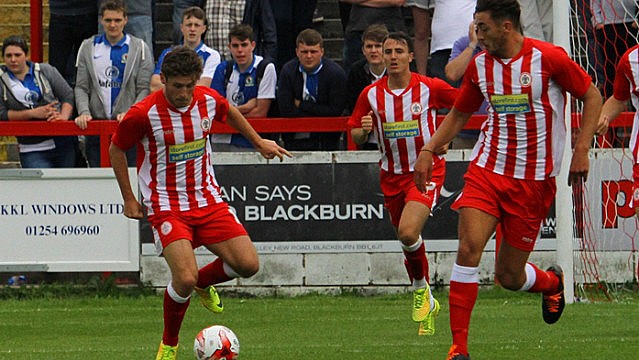 Shay McCartan has committed his future to Stanley and penned a new deal with the club.

The forward has signed a 12 month contract with the Reds.

The Northern Ireland under 21 international first moved to the Store First Stadium in 2013 and now goes into his third season with the club.

“I always knew I was going to sign here, it was just a matter of getting everything sorted,” he said. “Pre-season is all about getting fit, I’ve been playing regularly and I feel sharp. It’s probably better than I’ve ever felt in any other pre-season and I hope I’ll be around and about the team for the first game.

“I’ve been in and out of the team in the last few seasons and that’s probably down to a bit of inconsistency. I’m still young and I’m still learning but I have some more experience now and hopefully I can get a run of games and a run of goals too.”

“Shay’s done well in pre-season and I don’t think him signing was ever going to be a problem, there were just one or two things that needed sorting out,” added manager John Coleman. “I wasn’t worried that he wasn’t going to sign and he was concentrating on being ready for the new season so there’s been no problem.

“He’s young and hungry and really fits the bill in that sense. When he gets his confidence I think he can be as good as anybody in the league.”