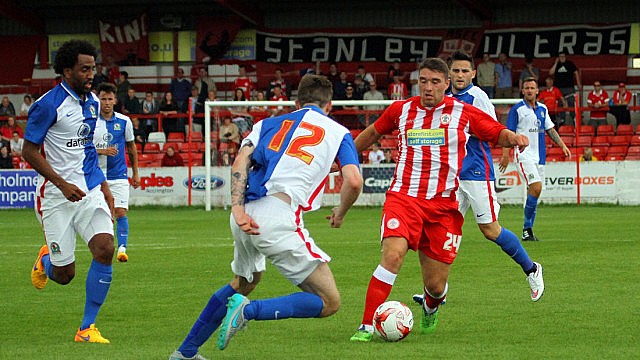 Adam Buxton has signed a new contract with Stanley, committing his future to the club for the new season.

The defender has put pen to paper on a new 12 month deal with the Reds.

“We know that Bucko is a good player,” said manager John Coleman. “If he can get himself fit after his injury layoff and get to peak fitness we think he can be as good as anybody in the league in his position.

“We’re pleased to have him here again for another season and getting a pre-season under his belt.”

He made 19 appearances last season, scoring his first goal for the club at AFC Wimbledon.

He’s pleased to have another campaign in front of him after illness ruled him out for large spells of 14/15.

“I knew straight away when the gaffer offered me a contract that I was going to sign here again,” he explained. “Last season was a bit of a disappointing one for me because I was out for about five months and I’m hoping that this year I can get fit, have a good pre-season and have a successful season.”