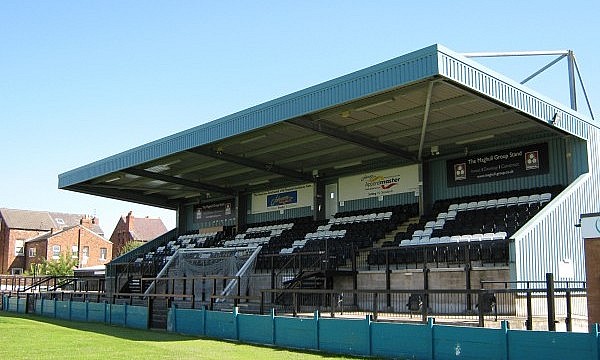 John Coleman expects tomorrow’s friendly with Marine to be another milestone in the pre-season programme as the quest for fitness begins to make way for the search for finesse.

Stanley have notched up four friendly wins in a row, including in midweek at Scarborough, with players getting good game time under their belts.

Now the manager plans to let his squad show what they can do against another non-league opponent.

“It was a tough game on Tuesday and Scarborough did well, pressing us really well all over the park,” he explained. “It was a good workout for us and we were pleased to get through it relatively unscathed injury-wise.

“We have to taper the training down from here. The hard, physical work has been put in now and we can’t keep battering the players with it. That will just lead to injuries and fatigued players. We have the base and we’re now adding to it with shorter, sharper work and technical work too.

“You might see a slightly different approach at Marine. We might see everyone in the first team squad making an appearance at some stage. We’ve had a couple of games where we have got long stretches of game time into players and we have two games next week to add to that and perhaps some behind closed doors games in the build up to the first league game too.”

The Marine manager will be familiar to Stanley fans from his time playing with the club and Coleman has been impressed with the progress his opposite number has made in his short management career so far.

“Sean Hessey is a lovely fella, a good footballer and instrumental in our charge to the play-offs a few years ago,” he said. “I’m pleased to see him doing well. He did a great job when he took over at Marine last season.

“I know he’s as passionate about footballer as Jimmy and I am and it will be good to meet up with him again. He was always a thinker as a player, sometimes perhaps too deeply, but he was a winner and he’ll want to take that into management.”

Kick off at the Marine Travel is 3pm. Admission prices are: Adults £5; Concessions £3; U11’s accompanied by a paying adult free.