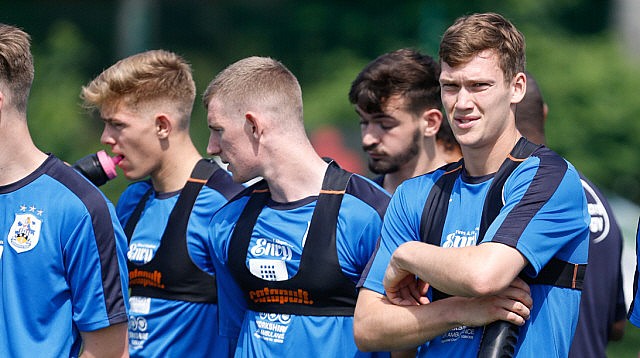 The 20-year-old will stay at the Store First Stadium until January.

The 6’5” centre back is a product of the Huddersfield Academy and has come through the under 18’s and development squad with the club.

He’s been capped by Wales at under 21 level.

“He’s a good young player and he’s keen to get his chance to play in the Football League,” said Stanley boss John Coleman. “He’s been playing development squad games with Huddersfield and this is the next big step for him.

“He’s a big, strong lad and he played half of a behind closed doors game for us today and is the type of player that we need in the heart of our defence.

“The defence has been an area we’ve been looking to strengthen so we think this is an important box ticked. If we get another player in then that will probably be us ready for the season.

“We’ve got a good strong squad now and lots of competition for places and everyone is looking forward to the season starting. It’ll be nice for the fans to be able to get a look at some of these players on Saturday against Blackburn.”

Joe Wright goes into the squad for the opening home pre-season game against Blackburn Rovers at the weekend.