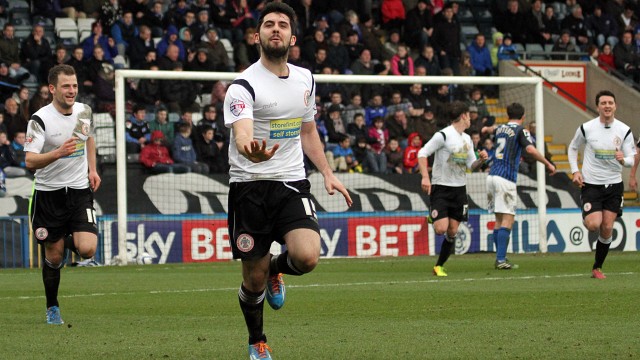 Piero Mingoia is ready to step up another gear after signing a new one-year deal with Accrington Stanley.

At 23, the winger will be one of the more long-serving members of the squad after initially signing for the Reds on loan in 2012.

He enjoyed his best season last time out, finishing as the Reds top scorer with eight goals but he is now out to build on this and take on the role of one of the more experienced players.

“A few of the older players have left and there will be a few changes but I am ready to step up into a more senior role if that helps the team,” said former Watford wideman Mingoia.

“I think the gaffer and his staff are optimistic about the squad for the coming season and what we can do at this level and I am too as I want to be competing at the highest level I can.

“I am very happy to sign a new deal. We have been talking about it for a while and the deal is now finalised and I can look forward to next season.” 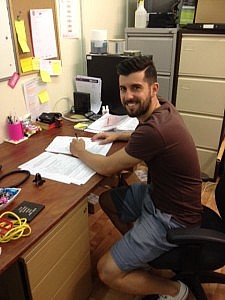 Mingoia did begin the season in the starting XI under then manager James Beattie but had to prove himself all over again when John Coleman took over in September.

He did that and repaid the manager with his eight goal haul and, understandably, a few clubs were watching Mingoia, who swept the board at Stanley’s end of season awards night.

“There was a few things popping up but everyone really wants me here and that’s really important to me so I was happy to sign.

“Everyone knows in Accrington how I wasn’t in the team at some stages last season but we all know how it ended so I want to go out again this season and try and improve on that.

“It was the first time I have finished as top scorer at a professional club so it was a good honour. Now I have set my sights on building on that.”