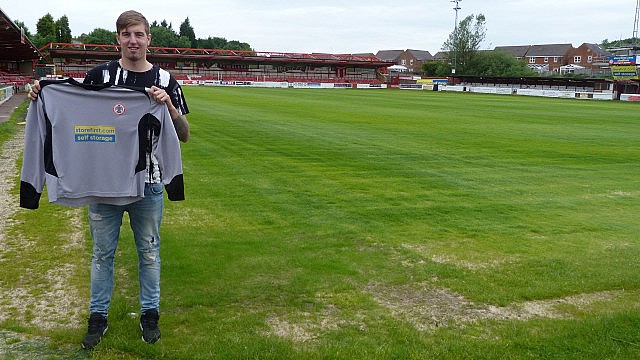 Stanley have completed the signing of goalkeeper Ross Etheridge on a free transfer.

He has just left Championship side Derby County and now joins up with his new team mates at the Store First Stadium.

The 20-year-old has penned a 12 month contract with the Reds.

“Ross has come through at Derby and is possibly unlucky not to have been kept on by them,” explained manager John Coleman. “He went on loan to Stalybridge last season and was instrumental in them staying up.

“He’s hungry for the chance to play league football. He’s been in and around the Football League but is yet to make his debut so it’s a big chance for him.

“We have another permanent deal for another keeper almost complete. It’s a new approach for us. We’ll have two permanent goalkeepers and I don’t want a number one and a number two. I want two players fighting for their place. I’ve explained that to the lads and that they have to fight and support each other at the same time and they are up for the challenge.”

“I’m very pleased to be here,” said Etheridge. “I spoke to the manager a couple of weeks ago and he told me all about the club and what my role will be here. I know that another goalkeeper is coming in but we’ll be fighting for the start and I think that’s healthy.

“I’ve come in and my aim is to get that number one shirt and enjoy playing league football.”