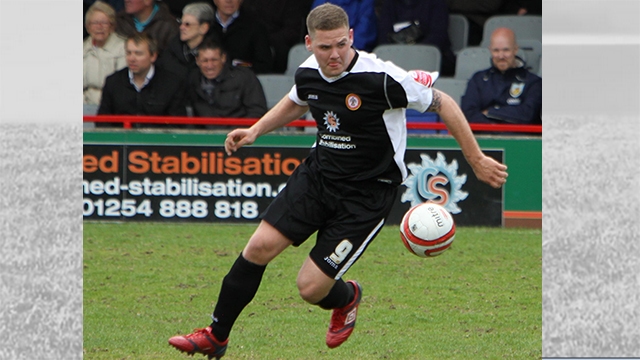 Returning striker Billy Kee hopes that Stanley fans will forgive his goal return against the club when he pulls on the red shirt again.

The former Torquay, Burton and Scunthorpe striker has penned a 12 month contract at the Store First Stadium after leaving Glanford Park.

He made his senior debut as a loanee from Leicester under John Coleman in 09/10 but went on to score against the Reds three times in his last three appearances against them.

“I hope that the fans will be happy to have me back. We’ll have to see what response I get on Twitter!” he laughed. “I think I’ve wound a few Stanley fans up by scoring against them the last few times I’ve played them! We’ll just have to see if I get a good welcome…

“I’ve had a lot of ups and downs since I left but I think I’ve reached a stage when I just want to be happy and I’m happy at this club. There are a lot of familiar faces here and I think that I can do well for the club over the next year or more.

“I felt very at home at Burton but I think this is the right place for me now because I now have a family, my wife is from Lancashire and so we’re up here and I’m happy on and off the field.

“The manager and Jimmy wanted to bring me in because they thought I could settle in quickly and I think that will be the case. 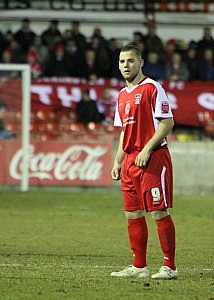 “When I came here on loan at 18 I was very immature and did some daft things on and off the pitch but it’s completely different now. I’m a family man and I want to focus on my wife, my baby and my football. I think this is the right place to do that.”

Kee’s form with Burton in League Two earned him a move to League One with Scunthorpe at the start of last season but he finished the campaign on loan at Mansfield.

“Last season was the hardest I’ve had in football so far,” he explained. “That’s why I was attracted to Accrington this summer. I had other offers but I turned them down to come here. I really felt like I could get my career back the way I want it to be here and not have a repeat of last year.

“The funny thing about it is that when I came back to sign it felt like I had never left. The club’s still more or less the same and it was exciting to come back and see some of the old faces that you miss over the years.

“There are some right good players here. The strikers mean there will be great competition. If you’re a striker and you don’t relish a battle then you’re playing in the wrong position. Scoring goals is where the money is made so you need the battle for your place to keep you sharp.”