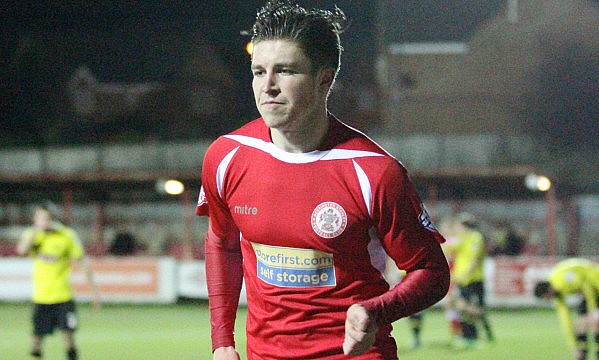 Josh Windass hopes to get one over on dad Dean when Stanley face Hull City in the first round of the Capital One Cup.

The 21-year-old said it was a dream to be drawn against his dad’s former team at the Store First Stadium – Dean is a Hull legend and now an ambassador for the Tigers.

“I can’t believe it, it’s a quality draw,” said Josh. “I wanted Huddersfield which is my former club but Hull is even better.

“My dad is an ambassador for them and will be at the game and cheering Hull on – it would be a dream to score against them!

“I have had loads of texts and calls, including my dad.

“He comes to watch me when he can but he will have mixed loyalties for this one. I guess he will be supporting Hull so I will have to do my best to upset him!

“It’s great for the club as well as Hull should bring plenty of fans.”

The ties will be played week commencing August 10th.