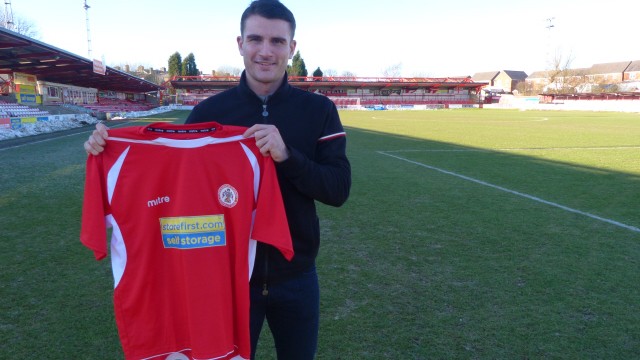 Gornell shirt up for grabs

A signed Terry Gornell shirt and a signed Piero Mingoia programme are up for grabs on the Official Accrington Stanley eBay site.

Last season’s signed match worn shirt of Stanley striker Terry Gornell and a match day programme featuring Piero Mingoia, signed by the winger – who has also just put pen to paper on a new one-year deal with the Reds – are just two of the items on offer on the site.

Also, as well as our auctions, there is a range of Stanley merchandise available to buy now – including the legendary CD from local band Celtic Cross entitled Stanley’s Back – released at the end of the 2005/06 season to commemorate Stanley’s return to the Football League and featuring the classics Cart On Stanley, Stanley’s Back, I love the Smell of Accy in the Morning and Poundland.

Keep an eye on the Stanley eBay site over the summer for more auctions and exclusive offers.