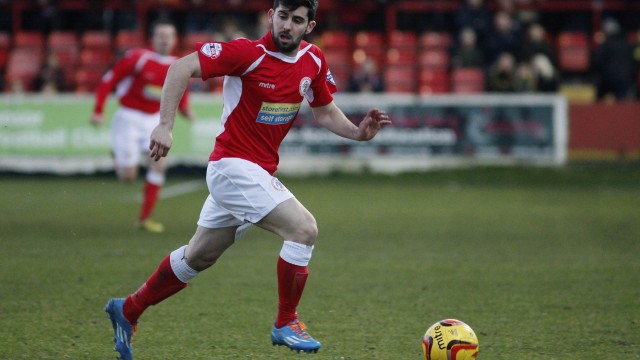 Piero Mingoia said he was honoured to collect a hat-trick of trophies at the Accrington Stanley presentation evening.

Josh Windass was presented with the Young Player of the Year award.

Mingoia, who finished the season with eight goals, said: “I am proud. I would have been happy with one award so to get three means a lot.

“To get the fans’ award is important and the players’ player is special as it’s your fellow professionals voting for you. They see you every day so that’s huge.

“There were a few of the boys up for it so it’s an honour to win it.”

However the former Watford man worked hard to secure his place back in the team – and has stayed there.

“I can definitely say it’s been a rollercoaster. In October, I couldn’t have dreamed this would have happened. The only prizes I would have won would have been the raffle!

“But I worked hard, kept focused and I am happy to be top scorer with eight goals. It’s just a real honour.”