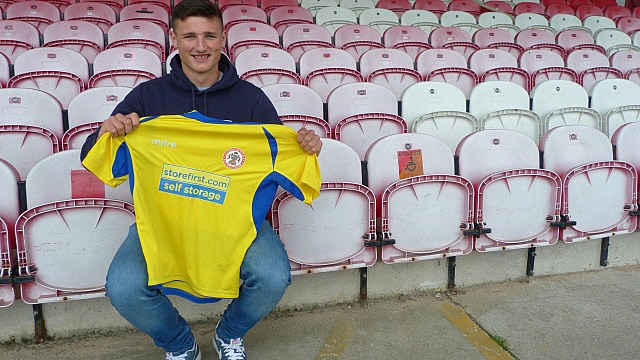 The 21-year-old was with the Stanley boss at Rochdale and has signed a one-year deal at the Store First Stadium.

Pearson, who can play in defence or midfield, was a trainee at Blackburn Rovers and had a loan spell at Lincoln during that time.

He signed for Coleman at Rochdale and played in the Football League in the 2012/13 season.

He was then loaned to Halifax and signed permanently for them, helping them to the play-offs the season before last.

The England C international made more than 40 appearances in the Conference last season and now he, along with recent signing Tom Davies, has a chance to make a mark in League Two.

“I signed Matty from Blackburn for Rochdale so I know what I am getting,” said Coleman. “He is an aggressive, keen, honest and hard-working player who again fits the bill of what we want at this club.

“He is another player who has a chance back in the Football League and will be confident he can take it.”

“I am delighted to sign for Accrington,” said Pearson. “I have had a look around and it’s great that the gaffer is giving me this opportunity.

“I can’t wait to meet up with my new team-mates and get going now.”