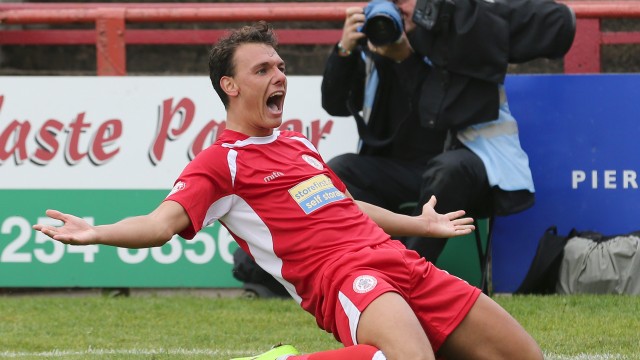 The 23-year-old has signed a three-year deal to link up with former Stanley bosses Paul Cook and Leam Richardson at Pompey.

Wideman Naismith was signed by then Stanley manager  James Beattie from Rangers at the start of 2013/14 season and made more than 70 appearances in two seasons, scoring 14 goals.

He made his Football League debut against Portsmouth in the 2-2 draw in August 2013, which was live on Sky.