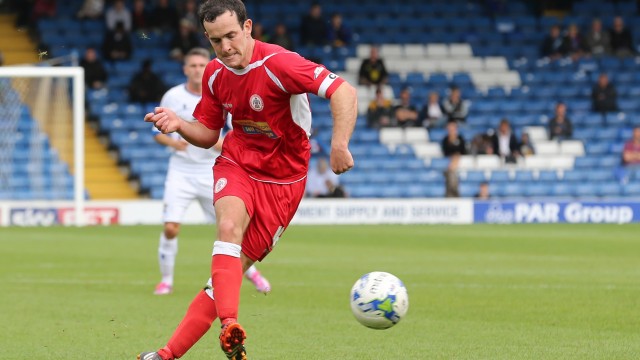 Stanley captain Luke Joyce has agreed a deal to join Carlisle United after turning down a new contract at the Store First Stadium.

The 27-year-old will link up with his new team mates at Brunton Park for pre-season training this summer.

“It’s disappointing to lose Luke as he’s been one of the best players we’ve had for a long time,” said manager John Coleman. “The most disappointing thing is that we believed he would sign his new contract but that’s football and in football life goes on. I told him it was pointless him staying if he wasn’t sure. No good for us and no good for him.

“He’s been a good and consistent performer for us so you have to take your hat off to him for that and applaud all that he has done for the club, who in turn have looked after him over the years.

“We wish him all the best for the future with Carlisle; apart from in the games he plays against us, obviously!”

Joyce is returning to a familiar club having left the Cumbrians in 2009 before signing for Stanley.

He went on to be part of the squad that made the play-offs in 2011 and was later appointed club captain.

He leaves having made almost 280 Stanley appearances and scoring ten goals.