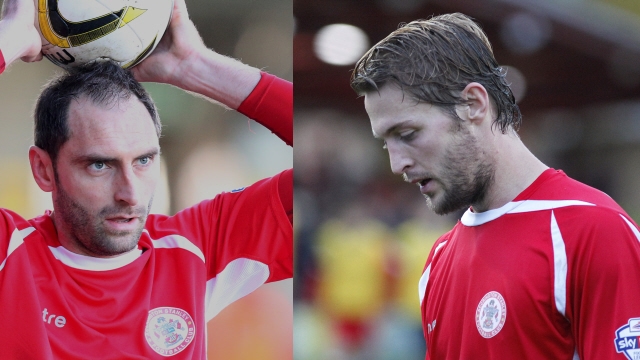 John Coleman has confirmed Nicky Hunt and Rob Atkinson will not be returning to Accrington Stanley next season.

The two defenders had been offered new deals with the Reds but both have said they will leave when their contracts end in June.

“There is no animosity,” said Coleman. “We offered them contracts and gave them a week to think about it and they have come back and said they are not taking up the offers.

“It’s nothing personal – they have to do what is best for the families, they are not being disrespectful to the club and they go with our best wishes.

“It’s their livelihood and they may be able to get a better wage elsewhere and I understand that. There is no ill-feeling.

“Both have been good servants to the club and both said how much they enjoyed their time here.”

Coleman is still in talks with captain Luke Joyce and potential new signings. New deals have been offered to six players under 24 and they have a month to decide.