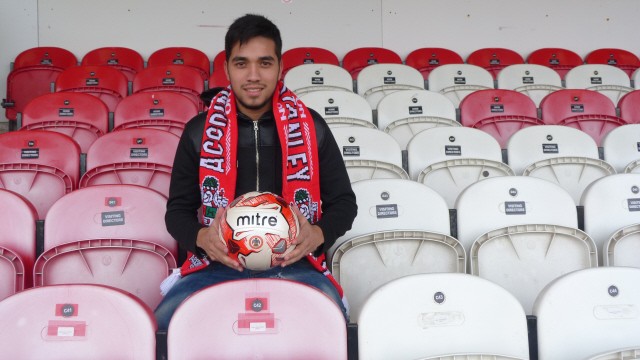 Gerardo Bruna has agreed a deal for next season – and John Coleman has confirmed he is in talks with four potential new signings.

Former Real Madrid and Liverpool winger Bruna came to Stanley last season and has agreed a contract with the Reds for 2015/16 campaign.

Meanwhile Coleman has confirmed he hopes to have news on more signings by the end of the week.

“I have spoken to four potential new signings this week – I have given them until the end of the week to decide but I am a firm believer that, if you are keen, you shouldn’t need longer than a day to think about it.

“If they don’t want to sign then we will move onto the next targets but I am confident three or four of them will sign. I think it will be an exciting season.

“I want hungry fighters – I want players, like in the past, who see us as a springboard. If they do well then we do well.

“We have no five-year plan here, we don’t even have a five-month plan, but the short term plan is to challenge for the play-offs and automatic promotion.”