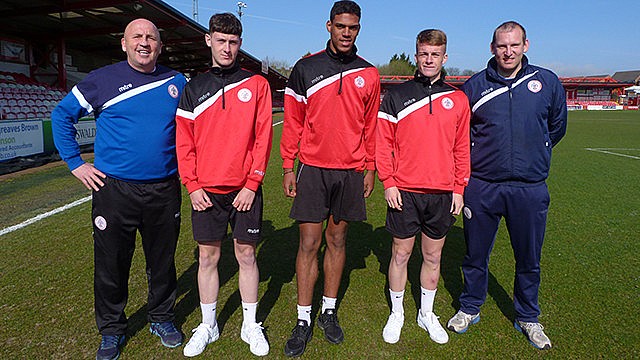 Max Hazeldine, Kealan Steenson and Keenan Quansah have all been offered deals as they look to make a breakthrough into the first team squad and follow in the footsteps of Bobby Grant, Peter Murphy and more recently Connor Mahoney.

The trio have already had experience of training with the first team and manager John Coleman rates them highly.

“You wouldn’t ever give players contracts for the sake of saying you’d brought players through into the first team squad,” said the Reds boss.

“They have to be good enough and these three lads are exciting young players. They all have different attributes and they are all capable of becoming good players. Whether they can make the step up to league football is for us to find out in the next year.”

Winger Kealan is 18 and from Manchester, striker Max, age 18, from Stockport and defender Keenan is 18 from Warrington and they all came through the Stanley Academy.

The trio, along with Mahoney, were all part of the successful FA Youth Cup side last season, where the Reds beat West Ham and Bristol City and reached the fifth round. 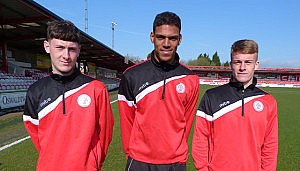 “Kealan’s a good dribbler who has a good footballing brain,”continued Coleman.

“Max is obviously a goalscorer and Keenan is a powerful lad who has got the build and is a good footballer as well. He has the advantage that he may not come into the first team squad having to physically compete so much.

“I think the youth team players definitely benefit from having some exposure to the first team and I don’t think it should be limited to just a couple of players. They should all get their opportunity.”

Academy manager John Townson said: “This is fantastic news for the club, the Academy and most of all the three lads.

“It shows the club’s commitment to youth and further highlights the Academy’s success. While the lads are delighted, and rightly so as their talent and hard work has been rewarded, they must now kick on and  continue working hard in order to establish themselves as professional footballers.”