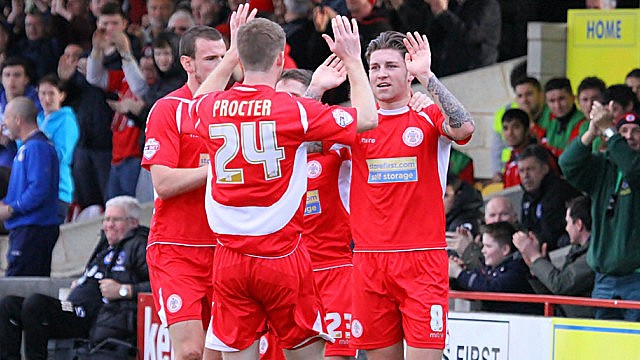 Stanley midfielder Josh Windass is looking to continue finding the net after bagging another goal in Saturday’s draw with Portsmouth.

The 21-year-old scored his third goal in four games to give the Reds the lead against Pompey, though Ryan Taylor promptly levelled for the visitors.

Windass caught the eye again in a good team performance but admitted that the celebrations following his superb free kick were as much from relief as joy.

“The gaffer was showing me how to take free kicks on Friday and was telling me which side to go,” he explained.  “I went the opposite side and I was thinking that if I missed he was going to go mad but thankfully it went in! 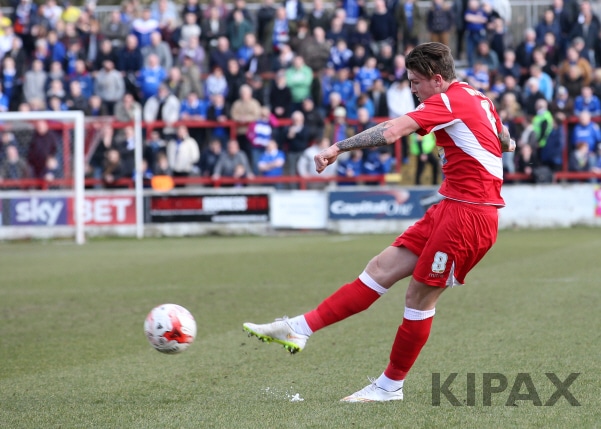 “The red card obviously set us back a little bit and that made it a different game in the second half. It basically became attack v defence in the last half an hour and I felt we did well to keep it at 1-1. It was a big improvement from the other night against Shrewsbury where we went to sleep and conceded late.”

The former Huddersfield man has found a vein of fine form operating just behind striker Terry Gornell in a 3-5-2 system and is enjoying his new responsibilities.

“I’m a central midfielder normally but I’m enjoying this role that the gaffer’s put me in,” he said. It gives me freedom to go forward and I don’t have to do as much tracking back so it’s enjoyable. Hopefully I can keep this up.

“I would never have expected to score three in four but now I’ve done it my aim has to be to keep scoring. I want to score in every game really and just to help the team get some more wins.

“We’ve got a free week now which is welcome because the following week is a busy one, with Burton on Saturday then Wycombe away on the Tuesday night. I think the boys have been a bit tired recently with the amount of games we’ve played and that’s understandable but we’ll be ready for next weekend now.”