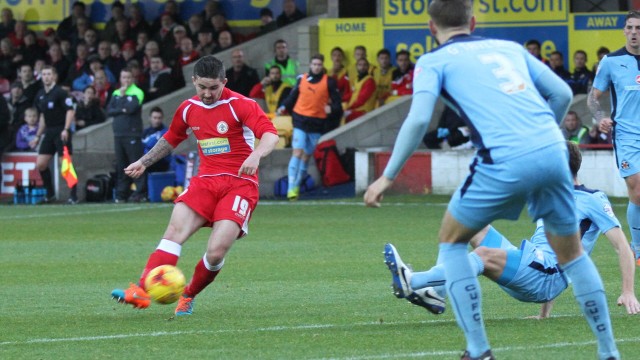 Call up for Maguire

Stanley forward Sean Maguire has been called up to the Republic of Ireland under 21’s squad.

The West Ham loanee has flown out to join the party for their European qualifier against Andorra in Waterford tomorrow evening.

The 20-year-old scored his fifth Stanley goal in Saturday’s 2-2 draw with York and has been rewarded with international recognition.

“I’m delighted to be called up,” he said. “It’s an honour to be recognised by your country & I hope I’ll get the chance to play.

“First team football at Accrington has made a huge difference to me this season & I’m grateful to everyone at the club for the opportunity.

“To get an international call up after a great time playing regularly this season is just fantastic.”

Noel King’s under 21’s side host their Andorran counterparts at the RSC, Waterford in their first qualifying game for the UEFA under 21 Championship in Poland.

Everyone at Stanley would like to congratulate Seani on his call up and wish him all the best for the game.