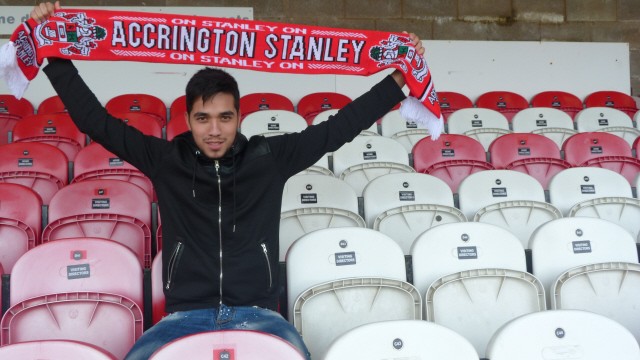 The winger, who counts Liverpool and Blackpool amongst his previous English clubs, has signed a deal until the end of the season.

The 24-year-old was born in Argentina but became part of the youth setup at Real Madrid before moving to Anfield in 2007. He then moved to Blackpool for a season before making the switch back to Spain to play in the second tier.

More recently he was at Tranmere Rovers and recently made a number of appearances in the Conference South for Whitehawk.

He has represented both the country of his birth and Spain at youth level and has been training at the Store First Stadium for the last few weeks.

“He’s a lad with a lot of potential,” said Stanley boss John Coleman. “It’s an opportunity for him to play football again and the circumstances have made it a good fit for both of us. Hopefully he can reignite his career with us and go onto good things.

“I can’t remember us having too many players who have come to us through the Real Madrid – Liverpool route so his pedigree is not in question. It’s an opportunity for both parties and we’re hoping it works out well.

“He’s a wide player with superb delivery and hopefully he can show us that in games and we can get people on the end of those deliveries.”