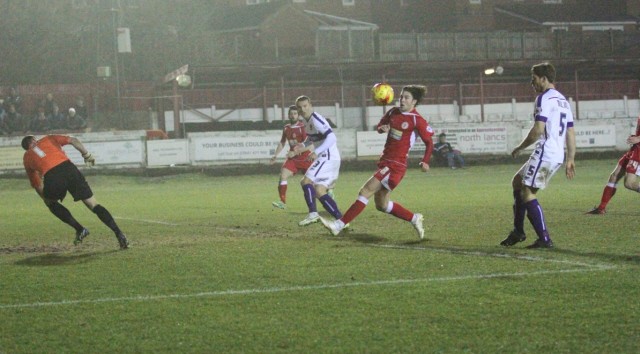 Josh Windass believes experienced players coming into the Stanley dressing room has helped them to turn their form around.

The Reds ended a five match losing run with a 1-0 victory over Oxford United in midweek.

“I think new players coming in has helped,” he said. “Terry’s come in and he’s an experienced player and a lively character in the dressing room and everyone’s taken to him straight away. Scotty (Davies) gave a big speech at half time at Plymouth and everyone thought that was decent.

“We’re a confident bunch. You have lads like Kal and Shay who are confident players so I don’t see that form would affect them too much.

“I was saying to the lads the other day that Scotty had been in for two days and made a big impact. His communication is massive. Anywhere you are on the pitch he’ll be shouting to you where to go and I think that he’s been very important in the last two games.”

Windass caught the eye in the win over the U’s but is still waiting for his first goal in Stanley colours, two seasons into his career for the club.

He admits he’s keen to find the net sooner rather than later.

“The goal is weighing on my shoulders a bit to be honest,” he explained. “I just need to get one and then hopefully I’ll be able to get more. It’s good to be back in the team now and hopefully I can stay in it. It’s been hard coming off the bench but you just have to keep plugging away.

“I had a word with the gaffer a few times and he told me to keep going and keep working hard and that’s what I’ve tried to do.”

The players travelled south yesterday and Windass feels they are well prepared to make it back-to-back wins with a victory at Roots Hall.

“In this league it’s so unpredictable. Every team in the league is capable of winning every game they play I feel. Obviously nobody can do that but I think they’re capable of it. I believe we can go on a good run now.”