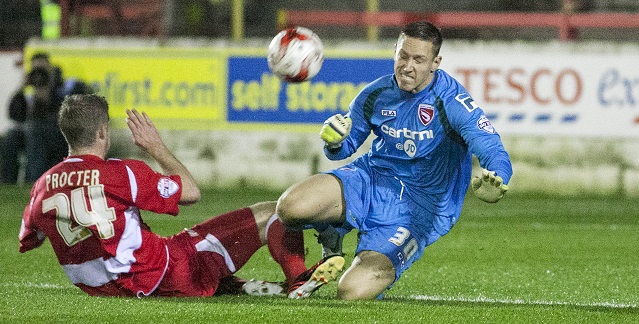 Accrington Stanley have added Fleetwood goalkeeper Scott Davies to their squad until the end of this season.

The 27-year-old came through the ranks at Morecambe and helped them gain promotion back into the Football League in 2007.

He joined Fleetwood in 2010 but has been back on loan at Shrimps during this campaign. He played against the Reds in Stanley’s 2-1 derby win in October.

“Scott is an excellent keeper with League Two experience. We are delighted to have him until the end of the season,” said Stanley boss John Coleman.

If Davies starts for Stanley, he will become their eighth goalkeeper of this campaign.