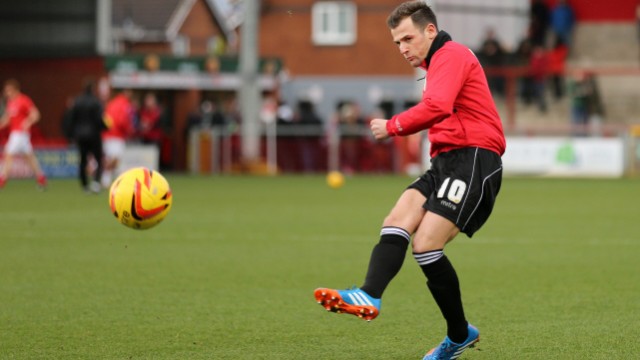 Midfielder Will Hatfield has left Accrington Stanley after his contract was terminated by mutual consent.

The 23-year-old, who first joined the Reds on loan from Leeds United in 2011, recently returned from a loan spell at Conference side AFC Halifax Town.

He made close to 100 Stanley appearances and scored nine goals, including four in one FA Cup tie at AFC Fylde.

“Will wants to be playing first team football and we understand that,” said manager John Coleman. “He’s a great lad who is full of enthusiasm and will find another club quickly.

“When you have the squad and the competition for places that we have here then some players will have fewers opportunities than they would like and we have no problem with them wanting to play games.”

Everyone at Accrington Stanley would like to wish Will all the best for the future and thank him for everything that he’s done during his time at the Store First Stadium.