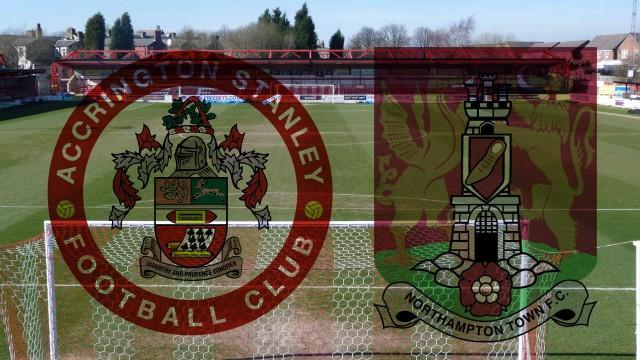 After a long break without a home game the Reds have a second in the space of a week as Northampton Town visit the Store First Stadium.

After a late Bury goal brought deflation and a third successive defeat in midweek, Stanley have a chance to bounce back immediately against Northampton.

The teams are just a point and a place apart in League Two and the Reds will be hoping for a repeat of the last meeting between the sides which saw John Coleman’s side run out winners. 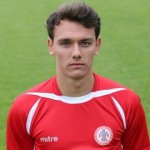 John Coleman has a couple of injury worries ahead of the game, with Kal Naismith suffering with a knock sustained against Bury in midweek and Tom Aldred, who missed Tuesday’s game with a knee problem, still a doubt.

If Aldred continues to be absent Seamus Conneely could continue at centre back.

Northampton recently added Billy Bodin and Tom Newey to their squad and both are eligible to make their debuts. 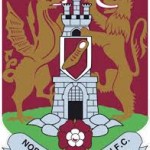 The Cobblers have spent seven of the last ten seasons in League Two, with the other three seasons spent in League One. The Cobblers gained automatic promotion to League One after finishing in 2nd place in the 2005/06 season.

They then spent the following three seasons in League One, before being relegated in the 2008/09 season, after finishing in 21st place in the table.

Since their relegation the Cobblers have spent the last five seasons in League Two and the closest they have come to gaining promotion back to League One was in the 2012/13 season when they suffered defeat to Bradford City in the play-off final. Last season the club finished in 21st place in League Two, after an excellent end of season run saw them escape relegation. 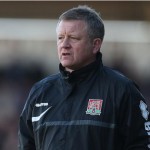 46 year old Wilder is currently in his fourth managerial role, after taking over as manager of the Cobblers in January this year. Wilder started his managerial career at Alfreton Town and has also managed Halifax Town and Oxford United, before resigning as manager of Oxford to join the Cobblers. 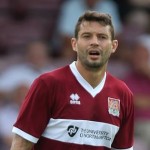 32 year old Richards signed for a second spell at the club in the summer from Chesterfield and has made an excellent start to the season.

The Wolverhampton born striker started his career at Blackburn Rovers and during his time at the club had spells on loan at Crewe Alexandra, Oldham Athletic, Halifax Town and Swansea City. Richards then joined Northampton and scored 11 goals in 55 appearances and also had a spell on loan at Rochdale, where he scored two goals in five appearances. 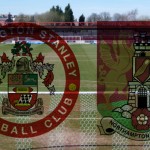 The two sides have met on 13 previous occasions and it’s Northampton who hold the upper hand with seven wins to Stanley’s four.

Earlier this season the Reds travelled to Sixfields in John Coleman’s first game back at the helm and ran out 5-4 winners in a truly remarkable game.

Stanley have lost their last three games, away to Tranmere and Wimbledon and at home to Bury.

John Coleman’s side sit in 15th spot in the League Two table.

In contract the Cobblers have won their last three games, against Exeter, Dagenham & Newport, and haven’t conceded a goal in the process.

They are 14th and a point better off than the Reds. 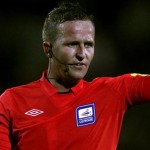 Mr Webb has been a league level ref since 2008 and regularly taken charge of games involving the Reds.

For more information on Northampton Town, why not visit their official website www.ntfc.co.uk or their Twitter feed @ntfc