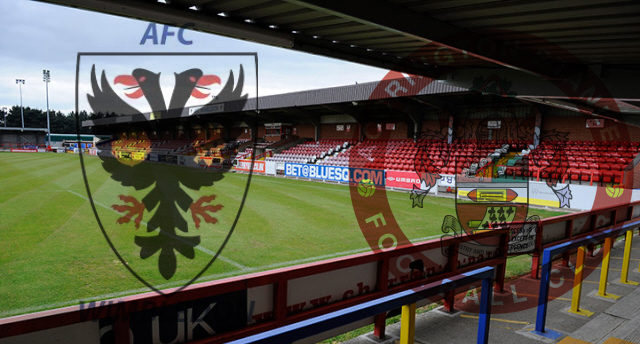 A busy period for Stanley continues with the long trip south to take on AFC Wimbledon.

Last weekend’s trip to Tranmere proved a frustrating one for Stanley, with John Coleman’s side beaten 3-0.

Now they’ll look to bounce back with a win at AFC Wimbledon.

The Dons have been good opponents for the Reds in the past and Kingsmeadow has proved to be a happy hunting ground but Neal Ardley’s men won’t be inclined to let Stanley take the points.

Wimbledon are 13th in the League Two table and on the same number of points as Stanley and therefore likely to prove to be tough opponents.

John Coleman has no new injuries ahead of the game and a virtually full strength squad to select from.

The manager thinks defender Adam Buxton will be “like a new signing” after he returned to training and is back in contention.

There will be at least one change to the side beaten at Prenton Park with Sean Maguire having returned to West Ham, though Coleman remains hopeful that a new deal may be able to be struck.

The club have been very successful since their formation, winning four promotions in the last 10 years. They spent one season in the Isthmian First Division, winning the title in the 2004/05 season.

They then spent three seasons in the Isthmian Premier Division and won promotion after beating Stains Town 2-1 in the play offs in the 2007/08 season. The Dons then made it back to back promotions by winning the Conference South title in the 2008/09 season.

The club have then spent the last three seasons in League Two and finished in 20th place last season.

42 year old Ardley is in his first managerial job after having taken over as Dons manager in 2012.

Prior to being a manager Ardley had a successful playing career, making over 400 appearances for Wimbledon, Watford, Cardiff City and Millwall. 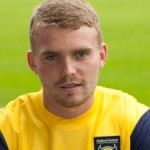 Potter is a new signing for the Dons having moved to the club from Oxford United on 16th January. He made his debut for the club as a substitute against Carlisle United and also made 15 appearances for Oxford earlier this season. 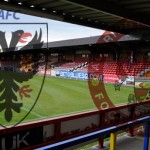 The sides have met at the Cherry Red Records Stadium (aka Kingsmeadow) on three occasions with Stanley winning twice and drawing once. It is also worth noting that the clubs have met on seven occasions in total and Stanley have never lost to the Dons, picking up six victories and one draw.

Last season when the sides met Kayode Odejayi scored Stanley’s goal in a 1-1 draw. Alan Bennett scored for the Dons.

This season the sides have already met at the Store First Stadium with Stanley winning the game 1-0 with the goal coming from James Gray.

Stanley’s recent form has dipped a little, with just one win from their last five games.

However, there have been impressive away wins at recent times at the likes of Exeter and Portsmouth and Coleman’s men will be keen to replicate those performances this weekend.

The Reds are 14th in League Two with 33 points on the board.

The Dons have had a good season so far, sitting in 13th place in the League Two table. They have won five, drawn three and lost five of their 13 home matches this season.

In their last match they suffered a 3-1 defeat at home to Carlisle United. Adebayo Akinfenwa scored for the Dons with Sean O’Hanlon, Steven Rigg and David Amoo netting for the Cumbrians. 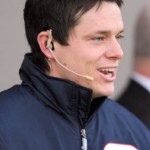 Mr England is a former select group assistant referee who is no making his way as a referee in his own right.

This season and last he has been plying his trade in the Conference and this will be his first Football League game. 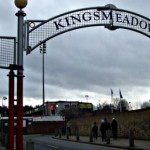 Kingsmeadow (Cherry Red Records Stadium) is shared by AFC Wimbledon and Kingstonian with the former having started playing there in 2002 before purchasing the ground a year later.

The current capacity is 4850 – the record attendance for an AFC Wimbledon game is 4784 which was set earlier this month against Liverpool in the FA Cup 3rd round.