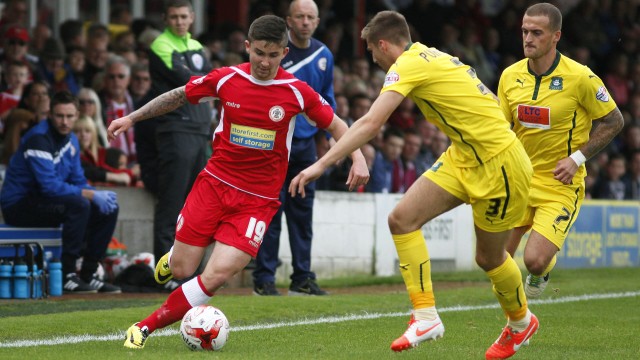 Sean Maguire has returned to West Ham United after his loan deal came to an end.

The Irish forward arrived in September, just a day after John Coleman returned to the Store First Stadium.

They had previously worked together at Sligo Rovers.

Maguire leaves Stanley having made 16 appearances and scored four goals, helping the Reds to climb the League Two table.

“I’ve loved every minute of my time at Accrington,” he said. “The fans, staff and players were brilliant with me from the start.

“The team spirit and the togetherness in the dressing room and at the club is the best I’ve ever had.

“The experiences that I’ve shared at the club on and off the pitch are things that will stay with me for the rest of my career. I’ll miss everyone but I wish them all the best for the season.

“I’d like to thank the gaffer and Jimmy for giving me the chance to play league football. They have both been fantastic.”

Everyone at Accrington wishes Seani all the best for the future and would like to say thanks for his service.