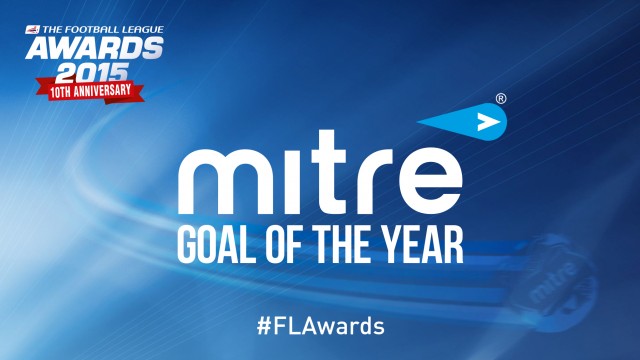 The Football League have launched the search to find the Mitre Goal of the Year for 2014 and we are asking for your help in deciding which of our goals from the last 12 months should be put forward as our nomination.

We can nominate one goal from any Football League competition in the 2014 calendar year, to include goals scored in the Sky Bet Football League, the Capital One Cup and the Johnstone’s Paint Trophy.

We want fans to help us decide our club nomination by putting forward your suggestion using the club’s Twitter or Facebook accounts. We’ll put together a shortlist of your nominations before putting forward the winner to the Football League.

The closing date for nominations is Tuesday 20th January at 8pm.

Our nominated goal will then be entered in the Mitre Goal of the Year category at the Football League Awards 2015 – the 10th anniversary of the event.  A judging panel will then review the goals with the top 10 being shown on Sky Sports’ Soccer AM in March.  Fans will be given the opportunity to vote for goals to make the final shortlist of five, with the overall winner being decided at the glittering Awards ceremony at The Brewery, London on Sunday 19th April 2015.

To find out more about The Football League Awards please visit www.FLAwards.com.